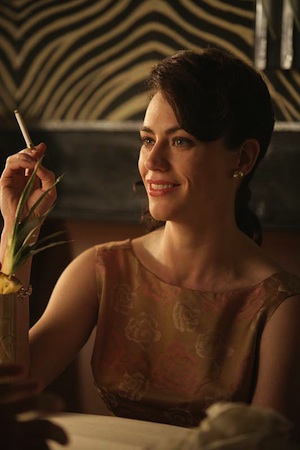 In season 1 of AMC’s hit show Mad Men, Rachel Menken comes to the advertising firm Sterling Cooper because she wants to give her department store, Menken’s, a makeover, so to speak. She wants to transform it from a successful department store into an elite one. “What kind of people do you want [coming into your store]?,” Creative Director Don Draper asks Menken. “I want your kind of people Mr. Draper. People who don’t care about coupons — whether or not they can afford it. People who come into the store because it is expensive,” Menken replies.

Based on what we’re hearing, HP has been having similarly themed meetings in recent months. They want to transform themselves — from HP, the successful tech juggernaut, into Apple, the sexy one.

When you think of HP, what do you think of? For most consumers it’s printers and sort of crappy, cheap computers that you get at Best Buy. But that’s not what HP aspires to be anymore, sources familiar with HP’s thinking are telling us. They want to be Apple. They want be the makers of high-quality consumer gadgets all connected by way of a digital ecosystem. An ecosystem they own and operate. One tied together by webOS.

While it should hardly be surprising to hear that any company wants to be Apple given that company’s recent success, HP is one of a very few — and actually maybe the only company with the required assets to potentially pull off such a makeover. Of course, that doesn’t mean they’ll be able to — but it’s possible. And they know that, and that’s exactly what their strategy is going forward, apparently.

On the face of it, it may not seem to make a lot of sense. After all, HP makes nearly double the revenue that Apple does each quarter. But despite this, it’s Apple that actually makes more profit. And it’s Apple that has more than double the market cap of HP. In the eyes of investors, Apple is the up-and-coming rockstar, HP is the aging one. And they’re closely tied to their counterpart, Microsoft, who is also seen as aging.

And that’s what HP is trying to break away from.

WebOS is the key to all of this. It’s the software layer that HP’s hardware has been lacking — forcing them to go with Microsoft instead. But the Palm acquisition in April changed all of that. From the moment that happened, HP has made no secret that the reason for the deal was to “double-down” on webOS.

Just listen to what HP executive Todd Bradley had to say today at the Fortune Brainstorm Tech conference in Aspen, CO. “I think you’ll see us with a family of slate products, clearly Microsoft for the enterprise, and a webOS product,” Bradley said. “Our focus is working with still our largest software partner, Microsoft, to create a tablet, a slate, for the enterprise business,” he continued. What he’s doing there is carefully positioning HP’s relationship with Microsoft on new products going forward as being focused on the enterprise side of things. Previously, it was stated HP would do a Windows-powered slate for consumers. That is no longer the case. That tablet will be built to run webOS.

Does that mean HP is going to ditch Windows altogether anytime soon? Of course not. As the largest maker of PCs, HP is Microsoft’s largest customer. But for the new products HP is planning, it’s going to be all webOS. And on the desktop side of things, they’re working on webOS-syncing software that will run on Windows (and Macs), we hear. So again, they’re basically trying to recreate the ecosystem that Apple has.

HP executive Jon Rubinstein (the CEO of Palm) also confirmed at the same event today that webOS 2.0 is coming later this year. This new version is likely to be the first one that will start to tie all of these HP products together. 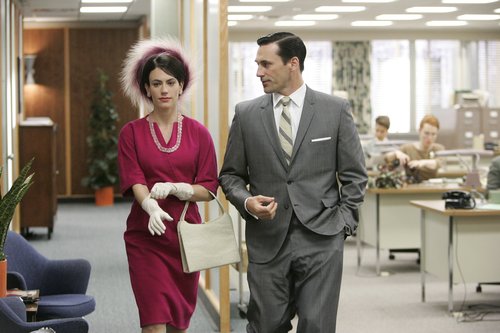 Speaking of Rubinstein, his pedigree here can’t be overlooked. He was the executive at Apple in charge of the iPod until he left in 2006. He’s the one who oversaw the framework for the ecosystem Apple has in place today. There was some talk leading up to the Palm acquisition if Rubinstein would stay or go — he’s apparently onboard with this new “let’s turn HP into Apple” idea. That shouldn’t be surprising given that this was the basic strategy at Palm with the Pre.

But Palm failed simply because they didn’t have the resources to do what they wanted to do (challenge Apple’s iPhone directly). HP does — and then some. And while HP is not a player in the mobile space right now, they plan to be once again with webOS.

From what we’re hearing, HP wants to create a seamless experience for all of their hardware. That’s PCs to notebooks to netbooks to tablets to mobile phones to printers. And they want to do so with a much more controlled product line than they’ve previously had. They want to move towards more premium products, ones with higher margins. That will make the profits go up, just as it has with Apple.

Of course, whether or not HP can make any of this happen is a pretty big “if.” One obvious problem with them being Apple is that they don’t have their own retail stores, like Apple does. HPs are sold everywhere from Best Buy to Costco, but those stores tend to attract people looking for bargains. And those that aren’t, buy Macs there.

Second, HP’s strategy in mobile phones will meet resistance not only from the iPhone, but from Google’s Android phones. But Google appears to be positioning Android as the sort-of Windows of the smartphone era. That is, they’re all about getting their software as widely distributed as possible. Like Microsoft with PCs, Google don’t make their own hardware for Android (though they had a hand in designing the Nexus One, which is all but dead now). HP would be making its own hardware to run webOS. Again, like Apple.

Android also poses a potential threat in the tablet field. But again, Google won’t be making this hardware. As I said at the beginning, because HP is a hardware maker that just happened to purchase a great piece of software in webOS, they have a shot at pulling off what Apple has. Whereas most other rivals, even Google, cannot. Android may be ubiquitous by this time next year, but the experience won’t be as seamless as it is within Apple’s ecosystem. And, HP hopes, their ecosystem. As Apple has proven, people are willing to pay a premium for that.

This is HP’s big bet on the future. They’re betting on the Apple way. And that’s the right way for them to bet because they’re a hardware company. With a shift towards mobile taking place, as well as new products like tablets starting to rise, HP seems smart to get ahead of this trend. They’re not Microsoft or Google where profits are in licenses and advertising, respectively. With the webOS buy, they’re much closer to Apple. The profits there are in premium products, buoyed by the seamless ecosystem.

That’s where HP is heading.