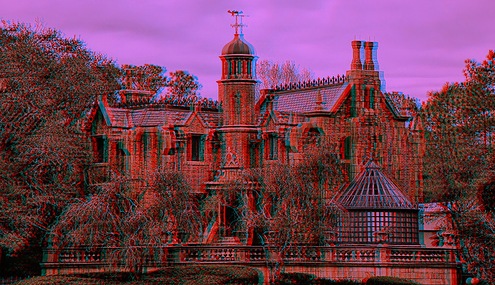 Those of us who went on the original Haunted House ride at Disneyland (or one of the variations at other parks) can testify to the magic and fun produced by the old-school analog effects. Unfortunately, the novelty of the old effects is somewhat lost on “kids these days,” who expect more thrill, and probably found the dated scare tactics a little fusty. Luckily, scaremonger Guillermo Del Toro, director of Hellboy and Pan’s Labyrinth among other films, will be heading up the rebirth of the Haunted House. I can’t think of a better man for the job.

If you saw Pan’s Labyrinth, I think you know where I’m coming from. If he can funnel even a fraction of the terror and magic that formed that film’s theme and tone, then this project will be a success. Toro said the ride, which will incorporate 3D video, it would be an “E ticket ride,” an informal term for the best and most well-funded Disney projects. Good to hear they’re taking it seriously. It’s not clear (or Toro didn’t say) whether it would be more video or more ride, but if they’re going all out E ticket style, I’m guessing it’s a bit of both.