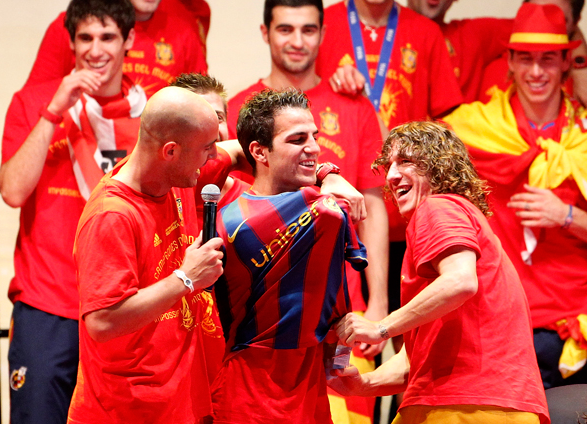 When does the Premiership begin, in a few weeks? (Yes, I realize I could just Wiki that, but that would have deprived me of an opening question.) Word today is that the Barclays Premier League has teamed up with EA to make the games a little more technological. EA will henceforth be known as the Official Technology Partner of the Premier League. Yay, etc.

Details are a little sketchy, but EA says that its games will be featured on live broadcasts, and that it will sponsor something called the Player Performer Index. (I thought the FA was annoyed with Capello’s <a HREF="http://www.guardian.co.uk/football/blog/2010/jul/22/capello-index-marina-hyde"Capello Index,I but apparently the PPI is A-OK.) (Yes, I know The FA != the EPL.) My guess, given EA’s history, is that in future FIFA editions you’ll see a new stat called PPI that’s loosely tied to any given player’s performance. So, if Rooney has a great couple of weeks, then his PPI will be high in-game. Then you’ll see the same PPI on Sky (or Fox Soccer Channel here in the U.S.)

You need to know that I completely made up that PPI scenario based on a new feature in the next Madden game. But it seems reasonable, right?

All I want to know is, will Cesc Fabregas be an Arsenal player come September 1?