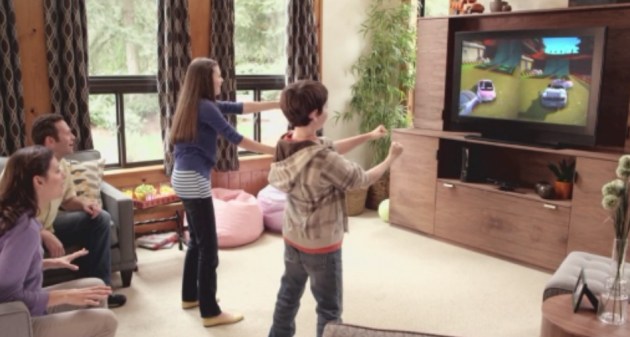 Microsoft, perhaps sensing that it was losing control of the story, has gone on record as saying, essentially, yes, the Kinect will initially be aimed at a “casual” gaming audience, but after launch we will re-confirm our support for you “hardcores.” It will take around 18 months for more hardcore-friendly—think Halo and the like—to show up.

I’ll say again, at the risk of sounding like a cracked record, that [Kinect initially being “casual”] doesn’t in any way, shape or form represent us stepping away from the core – which is why, during the press conference at E3 for example, we spent a good solid chunk of time around Halo Reach, Gears of War and Fable. And there will be more coming from us, and our third party partners.

I should hope so.

My concerns about Kinect are well-documented, if only because I bring up the same point over and over again: I really am not a fan of motion control. Give me a mouse and keyboard (or standard console controller if I’m playing Mario 3 or whatever) over a motion controller any day of the week. I simply don’t feel like I’m fully in control when I flail about with any of these motion controllers.

I recognize my concerns aren’t everyone’s concerns. The Xbox 360 became popular on the backs of “hardcore” games like Halo and Gears of War, and many of these gamers don’t necessarily want to see Microsoft divert attention from the gaming genres they like (FPS, action, etc.) toward family-friendly kiddie fare.

But given that Microsoft has now gone out of its way to assure these “hardcore” gamers that they will not be forgotten, perhaps the best course of action is to let the “casuals” have their day in the Sun with the Kinect launch, then start clamoring for Halo: Kinect sometime next year?