As we go into the second half of 2010, it seems like we get more and more camera companies releasing new products. In fact Fuji just today announced four new point and shoot cameras of varying capabilities. 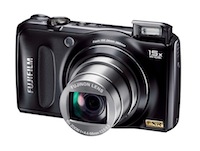 First, we have the FinePix F300EXR. This is a 12 megapixel point and shoot, which supposedly supports up to ISO 12800. The major improvement on this camera is the lens; it has a 24 to 360mm mechanical zoom. This means that it’s a good all purpose camera, with a reasonable range from wide angle to zoom. MSRP is $330, expect to see this camera in August. 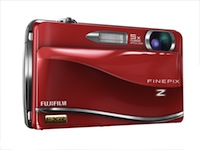 Next, we have the Z800EXR. Again, a 12 megapixel sensor, but this time the lens is significantly more limited. This is more of a general purpose camera, with only a 35-175mm zoom range. MSRP will be $230, and again, expect to see this one in August. 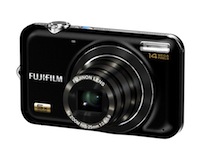 In the more bargain end of the market, Fuji announce the FinePix JX280. This point and shoot has a quite reasonable 14 megapixel sensor, 28-140mm lens (5x optical zoom). The best part? MSRP on this model is $150. That’s quite the deal for a 14 megapixel camera. Available in August. 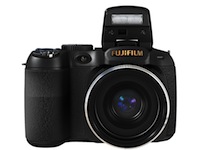 The S2800HD is a whole different animal from the previous two. This camera is intended to fill the gap between the P&S crowd, and the DSLR crowd. Fuji has increased the sensor to 14 megapixels, and addded an 18x optical zoom lens. MSRP on this one is a quite reasonable $260, and you can expect to see it at the shops in September.