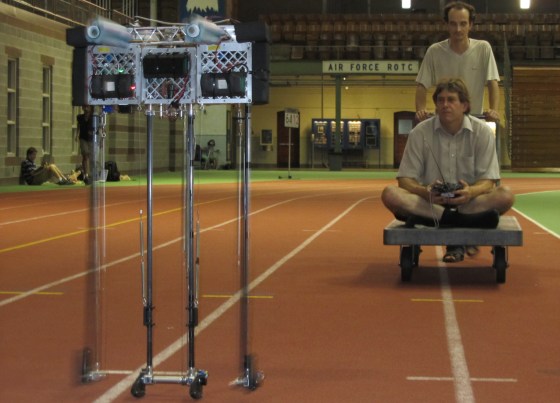 I remember writing this same robot up back in 2008 when it set the previous robot walk record, so I thought it’d be nice to publish this update. The “Ranger” robot built by students at Cornell (with improvements) has set a new unofficial record for sustained robot walking. It’s gone 14.3 miles without falling down, which is more than I can say. Go team!