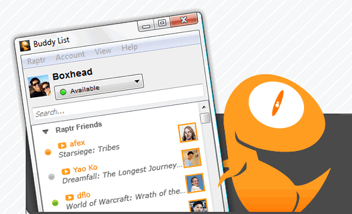 Online gaming service Raptr has just dropped its beta tag and launched its 1.0 release, and it’s safe to say that it’s finally living up to its mission statement: to make it easy to play games with your friends.

A year ago, Raptr rolled out a multi-protocol chat client that allowed gamers to see what games their friends were playing (this included support for both PC games and console games).That worked fairly well, but CEO Dennis Fong says that it came with one big caveat: it only worked if you got your friends to sign up for a Raptr account, which was obviously a significant hurdle. Raptr’s latest release fixes this, allowing you to see if your friends are playing games on their PS3, Xbox 360, and PC (including casual Flash games, Steam and Xfire) — even if they don’t have Raptr accounts. In other words, the service is now far more useful than it used to be.

When you see that one of your buddies is online and in a game, you can send messages to them from the Raptr client regardless of which platform they’re on. For some games, you can see even more supplementary information — for example, if someone is playing Madden 2010, you can see which teams your friends are playing as. Another recently added feature is a chat overlay, which PC gamers can pull up on top of the game they’re playing without having to switch — or “alt-tab” — out of their gaming session.

Raptr does all of this with its own technology, not through APIs sanctioned by Sony, Microsoft, and the other gaming platforms. This obviously isn’t the ideal solution, but these gaming networks tend to be walled gardens and give third parties minimal access to their communication channels. Still, the fact that Raptr had to build the technology itself makes the barrier to entry that much higher for competitors (assuming the gaming companies don’t try to block Raptr).

Fong, whose past companies include Xfire and Gamers.com, says that Raptr has quietly rolled out some of the service’s biggest improvements in the last few months, and that user growth has reflected this. Overall, he says the service has “north of 1 million users” and is growing by half a million users a month. Given the second statistic it sounds like the service probably has significantly more than 1 million users, but Fong wouldn’t get any more specific.  He did give some predictions for the future, though: he hinted that a year down the line, we may see a ‘Raptr Connect’, which would allow games to tie directly into the service. 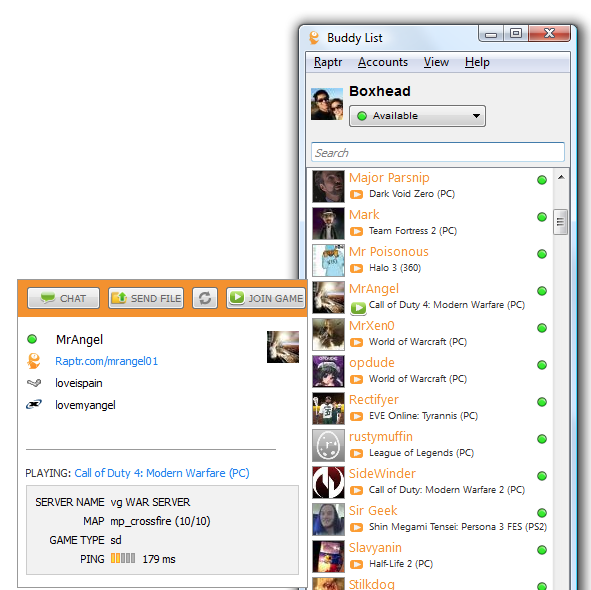