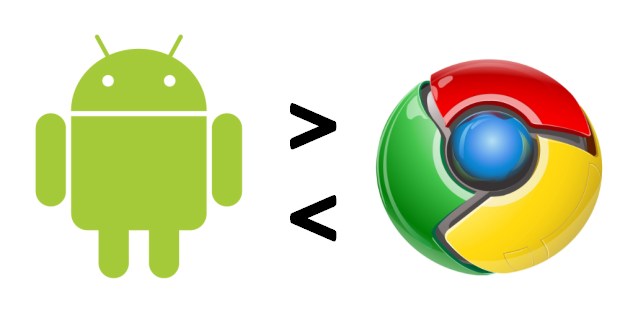 Hardly a day goes by when we don’t hear about a new Android-based tablet in some ever-so-slightly-new size, configuration, or spec. Chances are that every PC manufacturer out there is going to have one, and chances are they’ll all be more or less interchangeable — like the Windows 7 tablets that they often announce at the same time. With the clear exceptions of Apple and HP, most computer-makers don’t seem to be interested in doing anything but getting a product out the door that’s competitive.

This bulk approach to such a personal computer as a tablet has taken the shine off of Android for me — not that it had much to begin with, being an OS designed around a smaller form factor. I love my Android phone, but the idea of Android running on some stock Dell hardware with a little spritz of UI on top really isn’t that attractive to me. I say, bring on the Chrome OS tablets.

We’ve heard that Google’s mysterious browserish OS will hit this fall on a few devices, likely including a flagship netbook and tablet. When I wrote at length about its potential last winter in Google, Rome, and Empire, I essentially conflated it with a sort of archetypical next-generation OS, and the reality will likely start out as something a little more humble. My personal guess: a highly versatile browser with a ton of APIs ready to be taken advantage of, launching with partnerships and a few new services so that it can be a tolerable replacement for a netbook or laptop. It’ll take a while for it to get going.

But I think Google is going to get this right: Chrome OS is a browser OS, and that will always be the focus. It really will be as simple as that, though you can complicate it if you want with lots of plugins — as you can with current browsers. I feel some people will see Android 3.0, which is rumored to be tablet-orientated, and think “why would you want only this basic Chrome OS functionality?” Well, more isn’t always better. And with a tablet, the benefits are several.

Simpler hardware. In all likelihood, Chrome OS will be a one-button affair for the most part. Although it will of course support keyboards for text input and likely other devices for this or that app, I think Google will want this to be the simplest and cleanest browser experience out there. It may not be able to beat the iPad in terms of simplicity, but it can at least match it. Chrome OS tablets will likely have very few hardware controls and little in the way of inputs and outputs. I’d guess SD, one USB, and one combo audio port will be the standard. Less need for storage and storage control, plus less demand on the CPU and other components means that the entire thing can be thinner and run cooler.

It’ll run great. Android has come a long way, and Froyo even runs well on a four-year-old HTC Touch. But a lightweight OS will always do more with fewer resources, and I think Chrome OS is less likely to run into limitations than a big Android tablet — certainly less likely than a Windows 7 tablet, which will be working at the limit constantly.

Really instant on. All that really needs to be loaded into active memory is display, a blank browser page, and the wireless/IP stack. The iPad has this down pretty good, but I suspect Chrome might be even quicker to its feet. That’s entirely speculation, but I’m guessing Google knows it’s a good selling point.

A defined purpose. This is really the one I care about. The simplicity of offering what is essentially a single-service device, crossed with the versatility of that single service. The iPad, Android, webOS, Windows 7 — all these things have a complicated statement of purpose. Their functions are numerous and you can expand them and add apps, widgets, and so on. Pages of settings, local contact information, 3G, music, storage, multitasking… man! I already have a computer. Chrome OS will offer a browser that you hold in your hand. That’s pretty much it! Sure, you can do a lot of stuff in your browser, but Google doesn’t make those promises for you. They’re implicit in the dedication of the device to the browsing experience. It’s a window into the web, and that’s all. That straightforward nature comforts and attracts me.

Now, I sometimes forget this, but I am not in fact the only person in the world. Other people prefer different things and even enjoy devices like the Dell Streak, which I would exile to Neptune if I could (A five-inch tablet? Are you kidding me? Viewing this rich, wonderful Internet of ours on a screen less than 7″ seems like self-flagellation to me. But have fun.). I just think the tablet as a device is evolving, and just as some people will prefer a full-featured Windows 7 or OS X machine in the desktop/laptop world, some will prefer a powerful multimedia omnibus device in the tablet world. On the other hand, some people prefer the elegance of a customized Linux build on their microATX system, and will prefer the elegance and simplicity of the window into the web I hope Chrome OS will be.

There’s no way to tell until Fall rolls around, unless Google wants to spill the beans to us early and prove me right or wrong. Even if Chrome OS turns out to be something completely different, I have faith that I’m not the only one who wants what I’ve described, and that’s what we call a market. I just realized I’m curious whether this is really the case or not, so please chime in and describe whether you think you’re more interested in a pared-down, web-centric thing or the more powerful, more complicated “full” tablet experience.