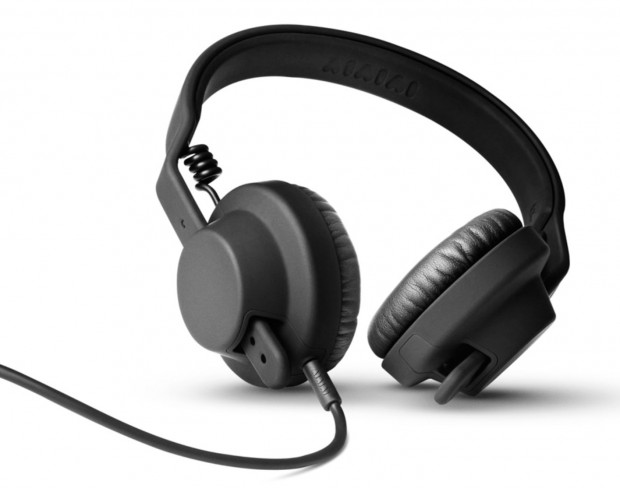 While poking around for pictures of those Swirl earbuds I posted a few minutes ago, I saw this headset teased at Aiaiai’s site. It’s been around here and there, but I haven’t really seen much attention given to it — so I thought I’d post it up, because this is one of the most gorgeous pieces of industrial design I’ve seen in a long time.

It’s called the TMA-1 (caution, Flash site and auto-playing music), and it’s still in testing, but should be released in August. One of their testers, incidentally, is Flying Lotus, whose album Cosmogramma hit about a month ago and is absolutely worth your time. The headset itself you can read about at its spec page, but it’s clear from the amount of work they’ve put into the design that they’re not skimping.

It’s designed as a DJ headphone, mostly in the sense that it focuses on isolation and comfort rather than, say, high-end performance or portability. It lacks the rotating stem design that you often see with DJ headphones, but the headband is made to be flexible.

I’m mostly just impressed by the understated design and finish. Matte black doesn’t work for everything, nor the “just out of the fab” sculpted look, but these really nail it. Hopefully we’ll be able to get a pair to review, but until then, just feast your eyes and save your money.