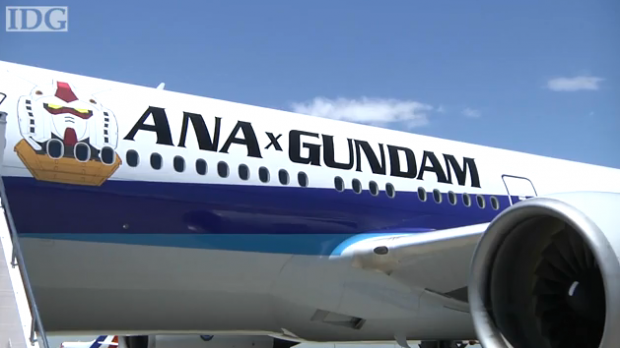 It seems that Japan’s obsession with Gundam is limitless. What can follow after a 60-foot Gundam robot, a Gundam Cafe in Akihabara, or a 1.5m tall figure? Answer: a Gundam jet.

Bandai Namco, the company behind the cult anime robot, teamed up with Japanese airline All Nippon Airways (ANA) to paint a Boeing 777-300 with a “life-size” Gundam on one side and a Gundam logo on the other (the logo’s pictured above). The jet will fly on certain domestic routes from today till spring 2011 to mark the 30th anniversary of the release of the first Gundam model kit.

Here’s a video (in English) that provides more insight about the ANAxGundam project: