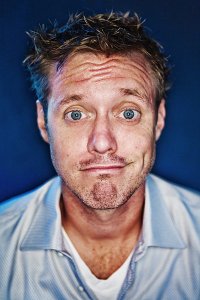 Ze Frank, the video blogger and performance artist, is getting $500,000 from a band of super angels and VCs to play games. His stealth startup Ze Frank Games (there isn’t even a Website for it yet) just raised a seed round from Andreessen Horowitz, Chris Dixon’s Founder Collective, Ron Conway’s SV Angel, betaworks, Lerer Ventures, First Round Capital, CrossCut Ventures, Joshua Schachter, and Gary Vaynerchuck.

In additiona to his playful video podcasts, starting with The Show and more recently his video contributions to Time.com, Ze Frank also designs games such as Memory (also available as the iPhone game Memari) and social games like Twitter Color Wars.

Details are spare about what Ze Frank Games will create. Ze Frank writes via email:

The company is still in stealth mode – but it will involve social gaming and will be influenced heavily by what I’ve learned about play and participation over the last ten years with projects like The Show and Color Wars.

Fellow video blogger-turned-entrepreneur Gary Vaynerchuk says he invested because “as someone who was there when he started Color Wars on Twitter and watching him from afar build his show and brand through gaming mechanics this became a no brainer for me. This is more about Ze than the product and at times that is the right call.” Chris Dixon of Founder Collective (and CEo of Hunch) concurs: “Ze is a genius and he’s going to do amazing stuff.” He won’t tell me what Ze Frank Games is either.

Some other clues about the direction Ze Frank Games might venture can be found on Ze Frank’s blog, which has a post with a video on the future of gaming. It is all about turning life into a game and infusing game mechanics into the real world (a concept that another recent Andreessen Horowitz investment, Foursquare, is taking to the races).

But don’t expect another Foursquare. Ze Frank is way more conceptual than that. Just read some of the job descriptions for the positions he is trying to hire. For instance, here are some of his requirements for a front-end developer:

And for a graphic designer:

The phrase “Please make that look more like a Muppet vomited SteamPunk.” should seem like satisfactory art direction, and to be honest there was no need to use the word “please”. You should feel slightly anxious when you see something that isn’t properly aligned.

I don’t think even Ze Frank knows exactly what Ze Frank Games is going to be, but whatever it is, it won’t be boring. 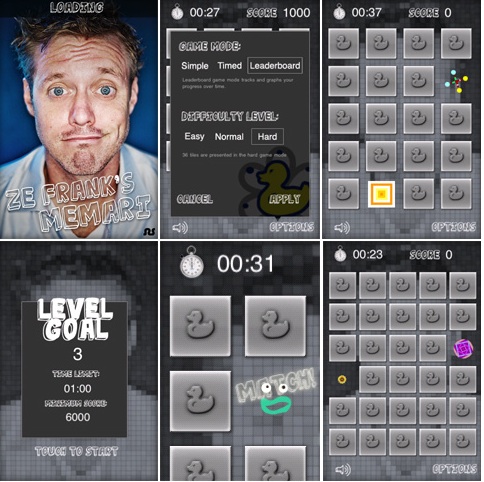