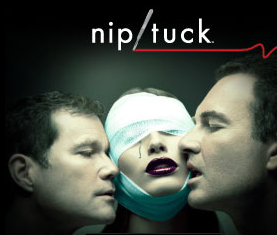 Warner Bros. and Netflix this morning announced an expansion of the companies’ existing streaming content agreement, adding a slew of catalog TV shows, including drama series “Nip/Tuck,” “Veronica Mars,” “Pushing Daisies” and “Terminator: The Sarah Connor Chronicles” to those already available to watch instantly at Netflix.

Netflix has acquired streaming rights to said shows and more for a period of four years, and also extended the existing license it had in place with Warners Bros for catalog movies through 2011.

Earlier this year, Netflix and Warner Bros. announced an agreement under which new release titles on DVD and Blu-ray will be made available to Netflix subscribers after a 28-day window, giving Warner Bros. the opportunity to maximize the sales potential of those titles.

Sadly for MG, the agreement announced today does not alter the previous arrangement with regard to the 28-day window for new release titles.

Earlier this month, Netflix also announced a long-term agreement with Relativity Media under which major theatrically released films owned by Relativity will be licensed directly and exclusively to Netflix for streaming to its subscribers during the “pay TV window.”

These new and extended digital distribution agreements with content owners are bound to propel Netflix even higher on the list of comScore’s top online video sites, and it’s already getting bigger than Hulu in the United States.

As a reminder: Netflix recently released an iPad app, soon to be joined by an iPhone app and it’s making inroads with Nintendo Wii, PlayStation 3 and Xbox 360 owners, too.

When the company released its Q4 2009 results back in January, we noted that the percentage of subscribers who watched instantly more than 15 minutes of a TV episode or movie in the last quarter of 2009 was nearly 50 percent, compared to 28 percent for the same period of 2008. In the first quarter of this year, that percentage climbed up to 55%.

Next week, the company will announce its Q2 2010 results – expect that percentage to be up again.