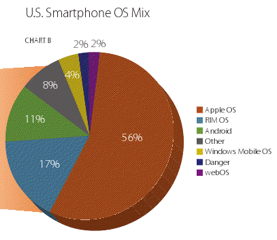 Mobile ad network Millennial Media, which claims that its network reaches 82 percent of 72 million mobile web users in the U.S., is reporting that globally, Apple OS requests are up by 36 percent in June, after dropping 33 percent in May.