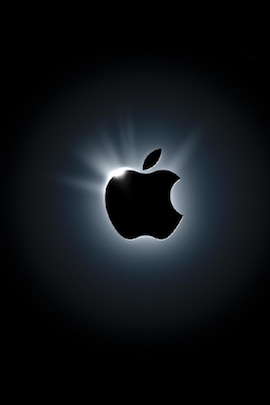 As we’re now less than a day away from Apple’s surprise iPhone 4 press conference, speculation is at a fever pitch. Depending on what you read, Apple is either going to recall the device, offer users to trade it in for a new version, offer free bumpers, offer gift cards, simply explain the problem — or do something else entirely. But now it seems that we may be able to rule out one of those scenarios: the recall.

The Wall Street Journal is reporting that Apple will not be recalling the device. Normally, this type of one-source report may not seem too concrete — except that WSJ has an interesting history with these type of Apple rumors. That is, they often seem as if they come from Apple itself.

The most recent example of this was in January, when speculation was swirling about Apple’s then-unannounced tablet device. WSJ not only confirmed it, but confirmed that it would ship in March (it eventually slipped to April, but close enough). They also had some funny wording in that story, which was later altered. The wording originally definitively stated the device would be around $1,000. But then they altered the wording to say that some analysts were predicting that. As I noted at the time, I thought this may have been Apple pushing WSJ in a certain direction to set expectations. That is, if WSJ reports the thing will be $1,000 and it comes in for $600-$800, people are going to be pleasantly surprised.

In fact, the iPad was announced with a starting point of just $499. The audience erupted upon hearing that. Mission: accomplished.

Of course, that alone isn’t proof of Apple leaking anything to WSJ. But consider that a couple days later, a former senior marketing manager at Apple came forward with the same claim. According to him, Apple would often let information out that served the company’s interest. “That’s how Apple does controlled leaks, and the WSJ article from yesterday was a classic example,” is how he summed up his post on the matter.

Then, of course, there’s the whole matter with Apple CEO Steve Jobs’ liver transplant. The WSJ broke that story too — and did so at what is hard to see as anything other than a very advantageous time for Apple. The company had just launched the iPhone 3GS the very same day the story broke. And the stock soared that day as a result. But the news of the transplant (which had happened months before) didn’t come out until that evening — after the markets were closed. This gave everyone plenty of time to settle down before the market opened up again on Monday.

I mean, the WSJ broke one of the biggest stories of the year on a Friday evening on the launch day of Apple’s most successful product. Weird, huh?

If you think that’s all purely coincidental, consider that the lead author of each of these stories is the same WSJ reporter, Yukari Iwatani Kane. Guess who is the lead on the no-recall story today? Yep.

It’s worth noting that today’s report also says that: “Apple engineers were aware of the risks associated with the new antenna design as early as a year ago, but Mr. Jobs liked the design so much that Apple went ahead with its development.” That’s certainly not favorable to Apple. But consider that the source on this seems to be an entirely different source than the one giving the no-recall information. After all, “a person familiar with the matter” is cited twice in two consecutive paragraphs, rather than “the same person said.”

Further, later in the story, Apple specifically gives a comment to WSJ denying the Apple engineer report (which first appeared this morning in BusinessWeek). “We challenge Bloomberg BusinessWeek to produce anything beyond rumors to back this up. It’s simply not true,” Apple told WSJ.

Does anyone really think it’s likely that Apple would deny that rumor to WSJ while at the same time letting them run a rumor that there will be no recall? I don’t think so. It’s likely because it’s not a rumor. There will be no recall. And that very well could be coming directly from Apple to set expectations for tomorrow.