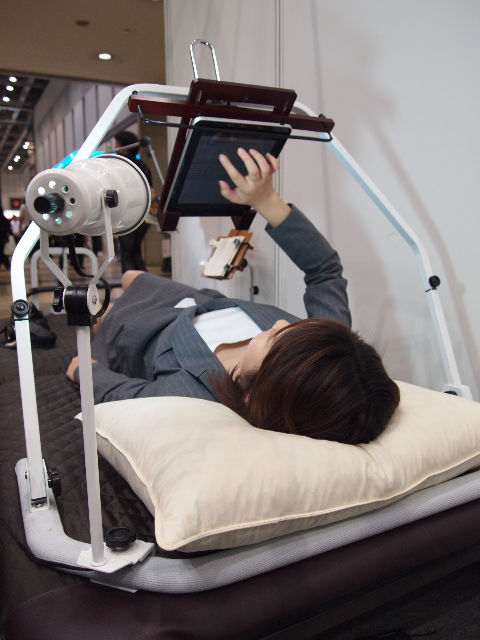 Are you an iPad user? Do you like using it in bed? Do you think the device is too heavy to hold in your hands when reading an e-book over an extended period of time? Then the so-called PC Set Stand [JP], made by Japan-based Resound, could be something for you (or not).

Just place your iPad between the hooks, fix it so it won’t fall out, and move it to a position that’s comfortable enough for you to view the screen and touch it once in a while, for example to turn pages (its arms are 69cm high).

That’s actually Resound’s new marketing pitch, after they found out that their stand can used for iPads, too (the original target groups were users of notebook and portable DVD players). The company has 40 years of experience manufacturing these things and showed the stand during a recent book fair in Tokyo (see picture on top of this post).

It costs $170, but don’t expect it to go on sale anywhere outside Japan in the foreseeable future.