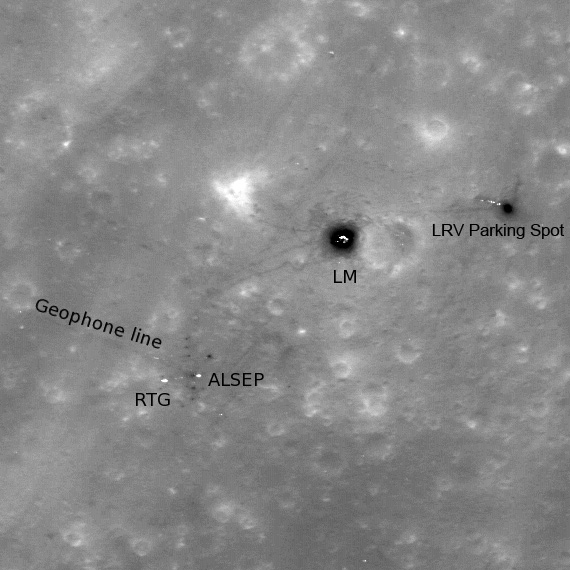 I love seeing the shots that NASA has been releasing from the Lunar Reconnaissance Orbiter! The latest is from the Apollo 16 site, and they really timed this one right. The LRO was passing over the site exactly at noon (local time of course) so there’s a minimum amount of shadowing, and a maximum amount of contrast.

The resolution on the picture is truly amazing, you can see where the lunar module landed, where they parked the LRV, and even trails where the astronauts walked across the surface. There’s even a mark leading to where the astronauts conducted moonquake experiments by setting off explosives! This picture is much cleaner then the previous shot, which showed the Apollo 14 site, but was taken at a different time of day and had significantly more shadowing.