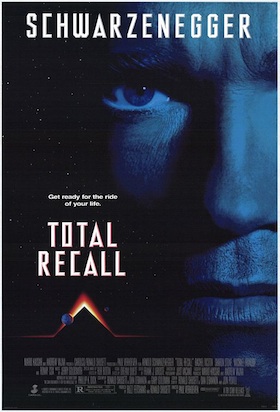 Given the amount of coverage about the iPhone 4 antenna issue, you’d think it was the first sign of the apocalypse or something. It’s one thing for tech blogs to talk ourselves in circles about an issue, it’s another when the mainstream media starts leaning on the story in a major way. I mean, this was Keith Olbermann’s number one item on Countdown last night. And local broadcasts across the country are devoting time to it. I mean, the random people sitting next to me in the cafe are taking about it right now for chrissakes. It has become coffee house conversation. Seriously.

It’s time to take a step back and get some perspective about what’s going on here.

The Problem Is Real

First of all, the antenna issue is very real. Depending on how strong the coverage is in the area you’re in, you may notice it to varying degrees (and some may not notice at all). But there is no question in my mind that holding the lower left corner of the device degrades the signal. And in places with already shoddy service — like San Francisco — it degrades it to the point of failure. I’ve seen this with my own eyes. I can reproduce the problem at will. It’s real.

Second, I say there is no way software fixes this issue. Apple’s promised iOS 4 update will make your phone more accurately portray just how shoddy your service may be — but it will not stop failures. I just don’t see anyway that it can. Even with shitty service, the iPhone 4 works — and I would say works better than any iPhone before it in terms of signal — but when you cover the lower left sliver, signal fades. Apple can alter the software so it doesn’t show this signal fading, but it will still be happening.

Third, Apple’s bumper case absolutely fixes the issue. This is yet more evidence that the issue is all about the human hand touching this area directly — again, a hardware issue. If you put on the bumper, you can hold the phone in the lower left corner and it still works just fine. I’ve tried this in dozens of different areas with a few different phones.

That’s why I do believe that Apple will eventually give away these bumpers to users that want them. It’s a hell of a lot cheaper and easier than doing a product recall (more on that below). These bumpers were already way too expensive at $29 a pop. Now that they may be necessary for some customers, Apple needs to remedy this.

I’m thinking this will be along the lines of when the Nintendo Wii first came out. People started complaining that they were throwing their remotes, so eventually Nintendo offered free wrist bands to anyone who requested them. And then they eventually made rubberized grips that they gave away. I think Apple will follow this model.

Some people are still insistent that their iPhone 4s don’t have the antenna issue at all. I’ve tested four different units now — all had the same problem. I tend to believe that people who aren’t seeing it may be in areas of good coverage (which, as mentioned, make the issue much less obvious). It is certainly possible that only some hardware units are affected. But everything I’ve read and seen indicates that if the problem is limited, it’s “limited” to a massive number of units. I tend to believe these unaffected iPhones are the exception, not the rule. 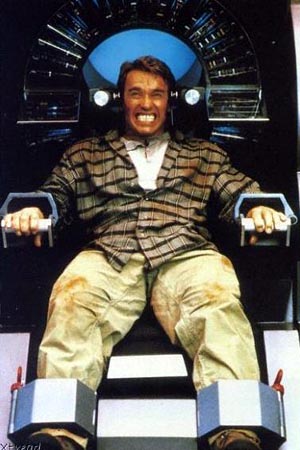 That said, I still don’t think a total recall is likely at this point. Some people are claiming it’s inevitable — but that’s the sexy thing everyone is hoping to read at this point.

Think about what a recall means for a second. Apple would not only be recalling millions of devices, but they’d likely have to alter the entire manufacturing and design process of the device to fix the issue. Perhaps that’s why they delayed the white iPhone 4 — but I doubt it.

The fact of the matter is that a recall is the last option for Apple. For that to happen, people would have to begin returning their devices in massive numbers. All indications are that this is not happening. The device has been out for a few weeks now, and I’ve only heard about a handful of people returning iPhone 4. If that’s not the case, feel free to let us know, but I’m pretty confident it is.

Whether they admit it or not (which they won’t), Apple clearly made a mistake in the placement of this antenna crevice. It should be at the bottom or top (or even the upper left or right corner) of the device where it’s not natural to hold the thing. Apple will undoubtedly fix this in next year’s phone (and perhaps even the Verizon version, if that is indeed coming) — but look for them to exhaust all other options to try and make it to the iPhone 5 launch next year without a total recall.

Think (About Holding It) Different

So if people aren’t returning the device en masse — and remember, millions of these things have already been sold — how are they dealing with the issue? First of all, as I said, in areas of strong coverage, this is much less of an issue — I’ve noticed that myself as well when I was outside of San Francisco. Second, one reason I didn’t notice the issue right away is because I naturally tend to hold the phone in a way that doesn’t cause the issue. Certainly, the fact that I’m right handed helps this (the lower right corner isn’t affected). But when I do hold it in my left hand, I tend to hold it a bit higher than the trouble spot. I’m not saying everyone is like me, but it’s certainly plausible that a number of owners are.

As news of the issue was breaking, Apple CEO Steve Jobs famously remarked that perhaps users should hold it different. That remark was wildly criticized (and rightly so) but I suspect that some users may be doing just that. If you don’t want to use the rubber case — which, let’s be honest, does slightly ruin the beauty of the device — shifting your hand up so it doesn’t touch the problem area is certainly an option.

Should a user have to do that? Of course not. But I bet that some are. It’s the easiest fix in the world — it was just dumb of Steve Jobs to say so from a PR perspective.

A Hit On Apple Or Just A Hit? 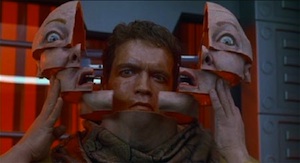 In the tech blogosphere, Apple has been no stranger to bad press over the past couple of years as their power continues to rise. But the fact of the matter is that most of this has not spilled over to mainstream consumers who continue to buy up Apple products in record numbers. This is the first issue that is both real and getting a lot of mainstream press.

Apple is in a precarious position here. The people in the coffee shop next to me are now explaining the problem to someone else sitting next to them. The news is out there and spreading fast.

That said, these same people are also gushing about how great the product itself is. Trust me, they’re not returning it. Instead, they’re going to hold it different. But the bigger problem for Apple is whether the news of this problems stop those on the fence from buying it. That’s certainly a very real possibility.

Still, if I had to bet, I’d side with this being yet another massive hit product for Apple. The iPhone has never been a great phone (no matter if that’s Apple or AT&T’s fault), but that hasn’t stopped millions of people from making it their primary phone. It is still the best mobile device (even Consumer Reports agrees, giving it the highest rating, despite the recommendation that you don’t buy it) you can buy. And the Apple marketing juggernaut seems unstoppable.

We joke about the fanboy stuff all the time. But let’s be serious for a second. If any company creates a product that users can’t use, people will return it or simply not buy it. It doesn’t matter if it’s an Apple product or any other brand. If a product doesn’t work, you can’t use it. And it won’t sell. It’s that simple.

But that’s not the case here. I’ve been using the iPhone 4 for the past few weeks with no issues out of the ordinary except when I try to create one. If it didn’t work, I wouldn’t use it. That’s just reality. But I am using it, on a daily basis. And I will continue doing so.

The problem is real. But in the end, most consumers may view it as not really a problem. But Apple absolutely needs to make those bumpers free.