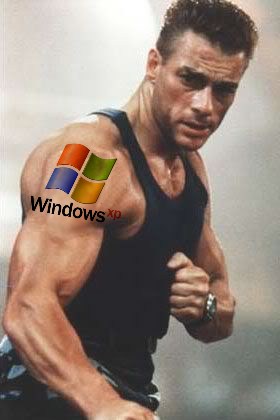 Ah yeah, XP. You continue to be the man, nine years later. I’m still rocking XP myself, and see no reason to do otherwise, though I have heard fine things about Windows 7. And despite that OS’s popularity, a huge number of business PCs still use XP. Sure, why not? Who wants to retrain their employees and roll out thousands of new PCs? Better to run the old ones into the ground — an expected behavior. But even Microsoft didn’t plan on XP’s durability.

At the rollout, Microsoft originally planned to let people buying OEM-installed Windows 7 machines “downgrade” to Windows XP for up to six months. Then they extended that deadline for a year. And now they’re extending it for ten years. Will anyone still be running XP in 2020? Other than me, I mean. Update: A Microsoft spokesperson clarifies things. You’ll only be able to get the downgrade right on new PCs until 7 is pulled from the shelves — which is two years after the release of Windows 8 according to Microsoft policy. As long as you buy before then, though, you’ll be able to downgrade as long as you own the PC. So basically… XP downgrade is valid until Ragnarok as long as you buy it in time.

Actually, I should probably admit that I hardly got any work done today because I was too busy fending off a TDL3 rootkit. Ironic? Yes. Tragic? Also yes. Pathetic? Hey, buddy, come here and say it to my face!