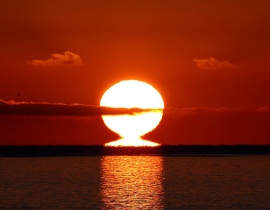 Good morning – depending on what timezone you’re in, of course. It’s Monday morning (already), but in case you hadn’t noticed, the past weekend wasn’t really much of a doozy on the technology business news front.

Did you step away from your computer for the weekend, or did the clash between The Netherlands and Spain at the World Cup divert your attention away from the technology industry (too)?

Spain won the cup, by the way.

Here’s some other things we think you would like to know:

– After Google had already told the world that its license to operate its search engine in China was renewed by the government, China’s Ministry of Industry and Information Technology confirmed the news over the weekend.

– A federal judge has certified a class action accusing Apple and AT&T of monopolizing the aftermarket for iPhone voice and data services, but dismissed some of the plaintiffs’ allegations that a software update ruined consumer-modified iPhones. The class action suit consolidates several suits filed by iPhone buyers starting in 2007, a few months after the first generation of the device hit the market.

– We had a big scoop as well, with multiple sources confirming to us that Google has secretly invested somewhere between $100 million and $200 million in social gaming behemoth Zynga. The company plans to launch Google Games, for which the partnership with Zynga will prove to be an important cornerstone, later this year.

– Facebook is set to launch a child safety ‘panic button’, reports the BBC. The button will allow young Facebook users to report suspicious online behaviour and access an Internet safety advice center from their homepage. A dedicated facility for reporting suspected grooming or inappropriate sexual behavior is being set up by Facebook in partnership with the Child Exploitation and Online Protection (CEOP) Centre.

– The Android Market is growing up. Watch for Google’s mobile application store to hit the 100,000 apps milestone some time this month.

– A U.S. judge slashed the penalty levied by a jury against Joel Tenenbaum, the student who was found guilty of illegally downloading and sharing songs published by Big Music in 2009. The judge ruled on Friday that it would violate the constitutional rights of Tenenbaum to require him to pay the full $675,000 in penalties, and cut the award down to $67,500.