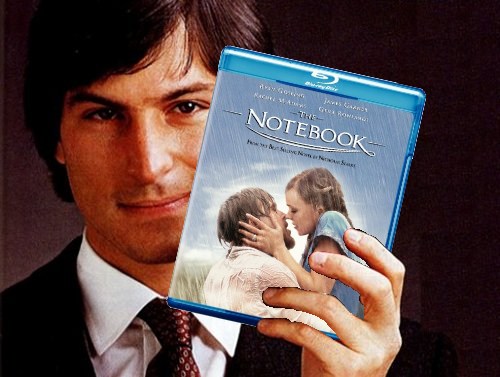 If you follow Jobs-related news closely (and I have reason to believe that you do, dear reader) then you might have chuckled with cruel mirth at that man’s recent comparison of Blu-ray to “one of the high end audio formats that appeared as the successor to the CD.” Those with extensive SACD collections will consider that a compliment, but the other 99.9% of us felt the sting. The music industry underestimated how easily its product would move on the internet, and the humbling process is well underway for them. But high-definition video is not so easily traded and stored — need Blu-ray fear the same fate?

The Blu-ray Disc Association doesn’t think so; when asked about the Jobs comment, a spokesman for them expressed optimism (naturally) and quoted figures showing that it’s seeing lots of adoption. 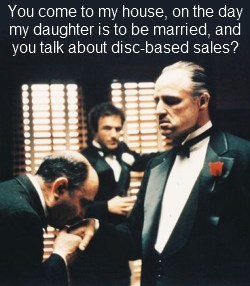 Unfortunately for me, they expressed it in Italian, one of the many languages I do not know. Here’s Google’s translation, with a little smoothing (I do speak English):

According to market analysis, the Blu-ray Disc format has a rate of adoption very similar to that of DVD at the same seniority (18 million U.S. homes with Blu-ray in Q4 ’10, the same numbers as the penetration of DVD to Q1 of the fifth year on the market of that size, Adams Media Research), we agree that the Internet will increase its importance to both streaming and downloadable content, nevertheless we believe that the physical media like Blu-ray Disc will continue to dominate for many years, due to unbeatable ease of use, high durability, and certainly the ability to deliver high definition experience and quality available anywhere.

I don’t want to make too much out of a machine translation (particularly the “content to be scarce” part that I cannot for the life of me figure out — mystery, thy name is idiomatic Italian (update: Better translation, thanks Giorgio and Niccolo)) but this statement is as good an excuse to pontificate as any. The meaning is clear: “we’re doing fine, thank you very much, and streaming/downloadable media will remain a rarity compared to our physical media for many years.”

Okay, okay. Calm down, wipe the tears from your eyes, and get a little perspective here. The fact is we here at CrunchGear and TechCrunch tend to telescope the future of products quite a bit, and project the death of this or the rise of that a bit prematurely. It’s because, all modesty aside, we (readers included) live and work at the bleeding edge of technology, and not only do we see farther down the road, but we like to speculate about what’s there. In the mean time, there are literally hundreds of millions of people who care very little for the newest technologies, and simply want to watch 2012 in HD on their new TV. They are the hope and pride of the Blu-Ray Disc Association.

Now, before we condemn the BRDA as a myopic, deluded dinosaur of an organization, let’s at least acknowledge that they’ve got a pretty good reason to be that way. They serve a dinosaurish crowd, and although Blu-ray is probably going to be the last of its kind, I personally think it’s going to have a good run.

There are plenty of reasons to buy Blu-ray, for instance if you:

So it’s no use saying there’s no reason to buy Blu-ray.

On the other hand, the list of Blu-ray features doubles as a to-do list for streaming media and digital distribution companies. I don’t need to tell you how quickly advances in the business put advantages like image quality behind them. There’s nothing wrong with putting out the product and then perfecting it; you pick up users the whole time as their pet objections get addressed.

And what about Apple? If there’s anything they can do to speed up the demise of Blu-ray, they might do it (no first-party Blu-ray support, eliminate optical drives altogether, make sneaky deals with content providers), but I get the feeling they’re happy to just sit there and watch the disc format bleed out. 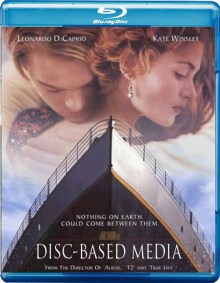 Everyone invested in Blu-ray right now is just trying to gather up as much treasure as they can before the ship sinks. I disagree with Jobs that Blu-ray is just a satellite technology to DVD — the benefits of increased visual bandwidth and storage capacity are too real to ignore. But advantages and all, it’s going to end up treading water while streaming and digital distribution go full steam ahead. But enough with the nautical metaphors already.

That said, I can’t blame the BRDA for a little short-term optimism. For the next two years, I’ll say, there will be legitimate reasons to buy Blu-ray discs. After all, Blu-ray is a relatively small addition to a home theater system that will eventually support streaming and internet functions — and when the disc people finally give up the ghost, all the financial backers will be scrambling to convert Blu-ray owners with things like trade-ins, conversion tools, free content, and so on.

It feels a little weird defending Blu-ray, but there are millions of people for whose media consumption needs it is absolutely the best choice. That will change as broadband-based entertainment makes inroads into luddite living rooms — but until that happens, disc-based media will live a happy, stupid life.

Update: Thanks to the readers suggesting translation changes.