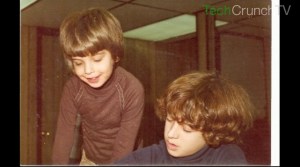 I’ve met a lot of engineers and entrepreneurs from Detroit and there’s an underlying vibe that resonates from all of them: a specific attitude or work ethic – possibly left over from the automotive industry – that either causes them to try to work harder than their fathers or go against the grain trying to figure out how they can live life to its fullest.

As Jay Adelson takes his first break from work in 20 years, we get to time travel with him go back to the land of Henry Ford (the ultimate Detroit entrepreneur) to see where people like Jay come from.

Interviewing Jay (founder of Equinix, Revision3 and CEO of Digg for five years) with his brother Scott was a real treat, because we don’t often get to see the family that surrounds the entrepreneur. With the exception of Ron Conway, who works with his sons, family is often under represented in the entrepreneurial story.

One point Jay makes in the extended version of the interview (which we’ll publish later) is that there are amazing entrepreneurs coming from the midwest that lack the same support structure you see in cities like San Francisco, New York, etc. Although, there’s no solution offered quite yet, he proposes that instead of people yearning to get away, some of these companies may start sprouting up. As Jay says, there is a bouquet of Kevin Roses in the Midwest waiting to get funded.