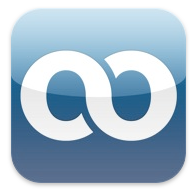 “Foursquare gets all the hype.” It’s something I hear just about every day from just about every other location-based startup. And it’s true, though I would argue that it’s warranted — and investors seem to agree. But it’s also important to keep some perspective. While Foursquare is just shy of 2 million users, other services like MyTown have quickly surpassed that number. Same with Google Latitude, which is at 3 million. And you can put Loopt on that list as well, as today they’ve hit 4 million total users.

Loopt was one of the first location-based services to get a lot of hype — even getting on stage at the Apple event first talking about the App Store way back when. But as we’ve noted numerous times, they started out at a disadvantage because the iPhone didn’t allow third-party apps to run in the background. And that was Loopt’s model, continuous location updates. But with iOS 4, the iPhone does finally allow for that functionality — and specially for background location. And Loopt is benefiting from it.

Daily sessions are up 60% from just prior to iOS 4 being release, founder Sam Altman tells us. Both background location and the proximity alerts are pushing this growth — as well as the latest version of the app, 3.0, in general. Altman says that daily active users is in the hundreds of thousands.

Altman also credits Loopt’s usage surge to being featured in markets where Android phones are quickly gaining popularity. And the biggest surge is thanks to the fact that Loopt is now preloaded on almost all MetroPCS phones. “We’re finally seeing real Android growth,” Altman says.

Loopt pivoted last year to allow for check-ins when it was clear that the model was taking off. But the latest version marries the two ideas. The latest iPhone version allows you to check-in at a venue and keep your live location active for up to 24 hours so that friends can see as you move on the Loopt map. For some people that’s extremely creepy. For others, it’s the future of location.

You can find Loopt 3.0 in the App Store here as a free download. You can also search the Android Market for it.