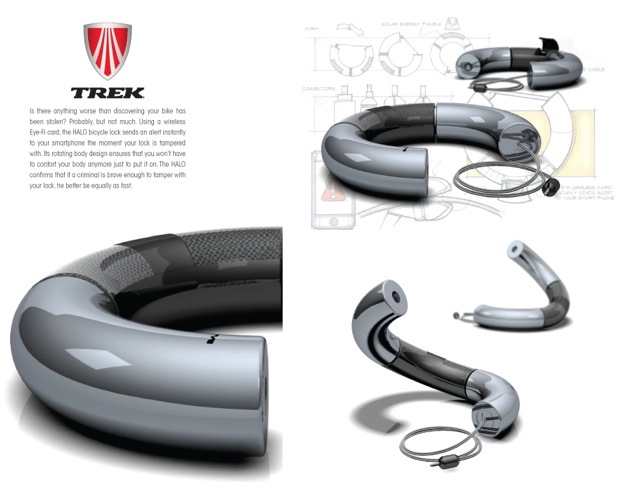 As is the case with so many concepts we see here at CG, the design here hasn’t really caught up to the idea — like that other bike lock I just wrote up. Lock that alerts you via WiFi if it gets tampered with? Good. Lock that looks like you could cut through it with a pair of kiddie scissors? Not so good.

And why does it need an EyeFi card? Why not just transmit a pre-arranged signal via a tiny but high-powered transmitter on the WiFi spectrum? Also: joints = weak points. A real lock has none. So – I expect we’ll see something like this soon (if there isn’t one for sale already via SkyMall) but it won’t be this one.

Also, I don’t trust designers who don’t know their image formatting. You don’t downrez text and then save as a PNG!