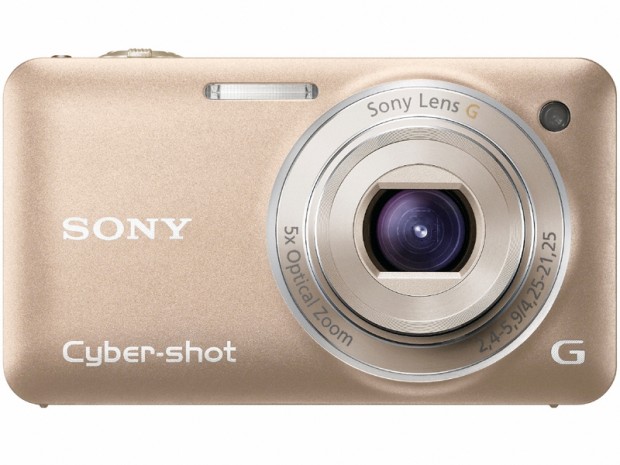 And we get yet another batch of 3D-enabled gadgets – this time from Sony. The company today announced three new Cyber-shot cameras, two of which feature the 3D sweep panorama function the cameras from the NEX series now also have (the function allows you to sweep the camera from side to side to capture a high-speed burst of 100 frames, which are then automatically stitched together).

The 3D Cyber-shots are the DSC-WX5 (pictured above) and the DSC-TX9 (pictured below). Both come with a 12MP Exmor R CMOS sensor, a BIONZ processor, Optical SteadyShot image stabilizer, full HD movie recording, an HDMI mini interface, a USB 2.0 port, and Background Defocus function. The WX5 has 5x optical zoom (TX9: 4x), a smaller LCD screen (2.8 vs. 3.5 inches), and comes with a Sony G instead of a Carl Zeiss lens. 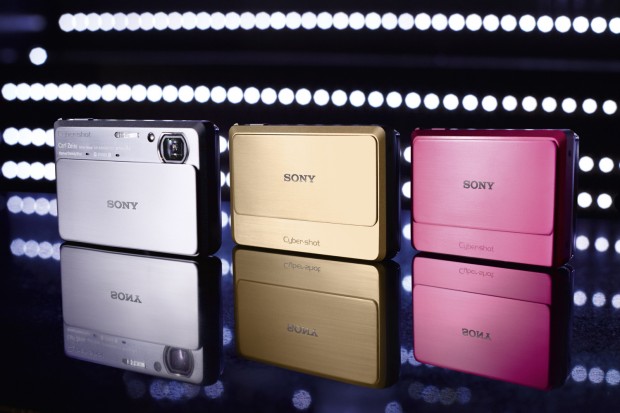 Sony Europe’s press release states that these cameras will come out in September. In Japan, they’ll hit stores as early as August 7, with the DSC-WX5 costing $396, and the DSC-TX9 costing $509. 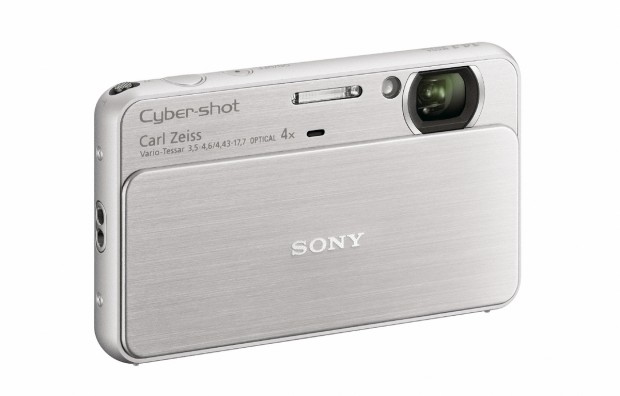 Sony today also introduced the DSC-T99 (pictured above), which doesn’t come with the 3D features of the Cyber-shots mentioned above. It will be equipped with a 14.1MP Super HAD CCD sensor, 4x optical zoom, a BIONZ processor, a Carl Zeiss lens, Optical SteadyShot image stabilizer, 720p video recording mode, and sweep panorama mode (but without the 3D element).

Sony Japan’s press release states the T99 will feature TransferJet for close-proximity wireless transfer of pictures (camera->PC), too, but for some reason the European press release doesn’t. In Japan, this Cyber-shot will come out on August 7 (price: $305), whereas other markets are getting it in September.