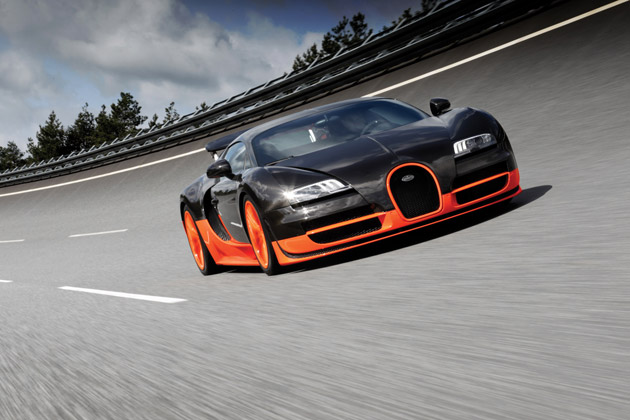 Now this is exciting. If you visit Top Gear’s Web site, you’ll notice a story about the record-breaking Bugatti Veyron Super Sport. Look closer, though, and you’ll find a not-too-subtle hint that the guys from the best show on TV (well, that and Louie on FX) are somehow involved.

Now, we wouldn’t want to give anything away, but you know how TopGear has always been pretty intimately involved with high-speed runs in the Veyron? Remember, for example, James’s blast to 253mph in Series 9?

Well, let’s just say… it would have been a bit strange for us not to have been part of this astonishing record run in some capacity. We’re not saying any more, but keep a close eye on all things TopGear in the coming weeks…

Here’s my guess: after the Guinness World Records people officially put the car into the record book, one of the guys, hopefully Clarkson, then tried to beat that record.

Or maybe it was The Stig, driving around listening to the vuvuzella.