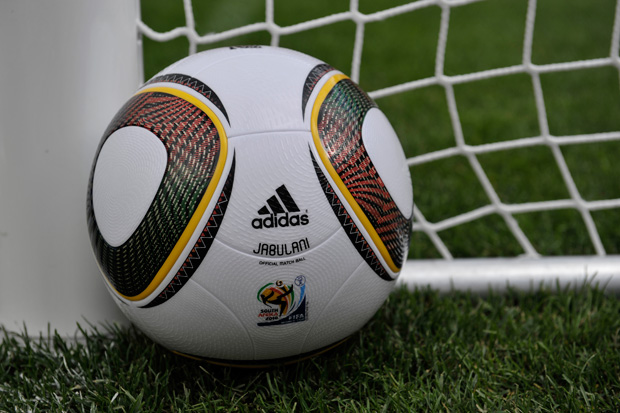 And now Nasa hates the Jabulani. Wonderful. I suppose Nasa has nothing better to do now that it has less money than your little sister has in her piggy bank. The former space agency says that the ball becomes “unpredictable” at speeds greater than 44 mph, and that the high altitude that many of the games were played only exacerbates the problem.

Meanwhile, I’ve just read this thorough report on the ball that comes away with this:

So the Jabulani ball isn’t supernatural, and certainly not impossible, it might just take time for players to adapt to its behaviour. Like Ronaldo with the knuckleball, adept players might even learn to exploit its unique characteristics.

I think it’s safe to say nobody has any idea what’s going on anymore. Adidas says this, Nike says that, Fifa says this, Nasa says that, Player A says this but Player B says that.

My suggestion is that we go back in time and use the ball that they used in the very first World Cup. That, or whatever George Best used to kick around at Manchester United.

Let’s see if we see the same complaints in two years’ time when the Euros kick off.