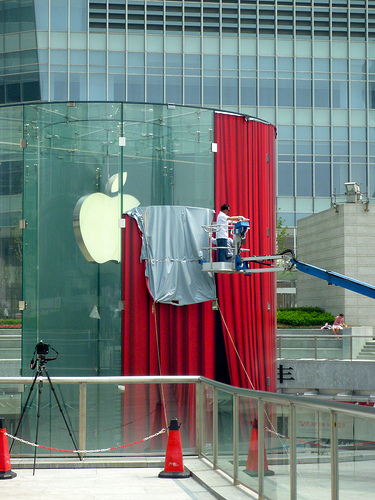 There has been a lot of talk the last couple of days with Apple’s stance on the gigantic Chinese market. The Lenovo’s chief and founder stated “We are lucky that Steve Jobs has such a bad temper and doesn’t care about China. If Apple were to spend the same effort on the Chinese consumer as we do, we would be in trouble.” Well, good sir, your troubles might soon begin.

Apple plans on opening three stores in Shanghai and is considering more locations in other first and second-tier Chinese cities as well. The first Chinese Apple Store opened in 2008 in Sanlitun, Beijing but these new locations mark a strategy shift for Apple. In fact, The Oriental Morning Post stated this morning that Apple plans on having as many Chinese retail outlets as Louis Vuitton – that’s over two dozen. 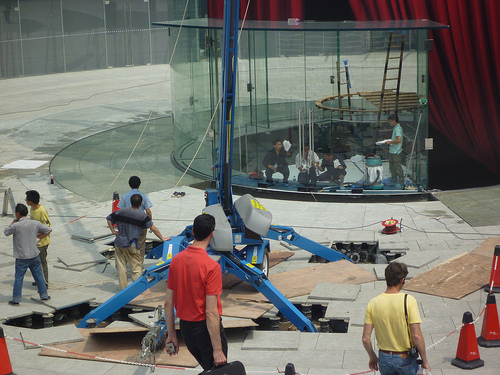 The first Shanghai location is being revealed right now and 9to5mac found Flickr user Lesh51 who has a growing photo set showing the activities. The design is clearly a take on the classic NYC glass cube, but uses a cylinder surrounded by a large plaza. However, that plaza won’t hold people waiting in line for the next iPhone as the device reportable will not be available in the Shanghai locations. Only China Unicom stores have those. These Shanghai locations will only sell Apple computers, iPods, iPads, and all the accessories. 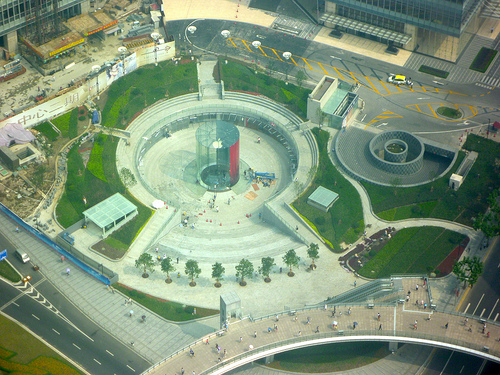 Of course simply opening more retail outlets will not win China for Apple. The market is dramatically different than it is in the states. But perhaps Apple doesn’t want to dominate in China, but rather join other brands in the luxury culture that allows for nice and comfy margins.