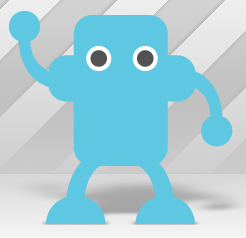 Twitter search and advertising platform operator TweetUp this morning announced that it had acquired Twidroid, creator of the popular Twitter client for Android phones. The new owner will rename the app Twidroyd to avoid legal trouble with Lucas Films, trademark owner of the term “droid”.

TweetUp is also buying news aggregator service popurls, which has long been placing the most popular items from the NY Times, Twitter, Digg, Delicious, Reddit, YouTube, Flickr and other news and social media sites on one handy page (it’s also one of my personal favorites on the Web).

Combined, Idealab-owned TweetUp hopes Twidroid and popurls will provide it with a distribution network on which to test and refine its platform for finding the world’s best tweeters. Terms of the acquisition(s) were not disclosed.

Twidroid and popurls weren’t incorporated as such – they were operated by a startup called tomatic, founded by Austrian serial entrepreneur Thomas Marban. The acquisition represents a score for Ralph Zimmerman, and for Marban it’s a coup in a series of three – he has now sold all 3 of his most recent ventures, the longest one he held on to being software company Celum, which was acquired back in 2007 after he co-founded it in 1998.

“Acquiring Twidroyd provides TweetUp with a number of strategic advantages. Twidroyd is widely considered the best Twitter client for Android phones and it leads in market share, so its growing base of users will be a valuable source of well-informed feedback on TweetUp search on mobile devices. In addition, the popurls website, which attracts users looking for a convenient guide to the most popular sites, news, videos and blogs on the Internet, will be a natural spot to display TweetUp search results and gain user feedback.

This combination should enable us to more rapidly refine our offerings, generating better user experiences for distribution partners and for users searching for the world’s best tweeters regardless of their choice of devices.”

Coinciding with the acquisition announcement, Twidroyd has released version 3.4.0 of the Android app, which incorporates a good number of new features.

In April, TweetUp opened registration for its bidded marketplace for real-time search, and in May the company launched its search capabilities on a number of sites at the TechCrunch Disrupt event, including here at TechCrunch, Topix.com, and Businessinsider.com.

TweetUp’s search algorithms and marketplace aim to address the needs of both users and tweeters in a single search mechanism. In addition to algorithms that combine a variety of factors to determine relevance, tweeters will soon be able to bid on keywords in a marketplace very similar to what now occurs at search engines.

It’ll be interesting to see if Gross can make even half the impact he did with GoTo / Overture (acquired by Yahoo 7 years ago almost to the day), which pretty much invented the sponsored search model.

TweetUp has revenue-sharing agreements in place or in the pipeline with a number of partners, including Twitter clients TweetDeck, Seesmic, and Twidroyd but also players like Conduit, Netvibes, TwitterFeed and Klout. Most if not all will be online over the next few weeks.

TweetUp claims the grand total reach of the clients and web sites will bring its search results to more than 40 million unique users per month and serve more than 100 million impressions per month. Which means it’s off to a pretty good start (but still faces a long road ahead).

(Hat tip to Justin Hubbard for the heads up)