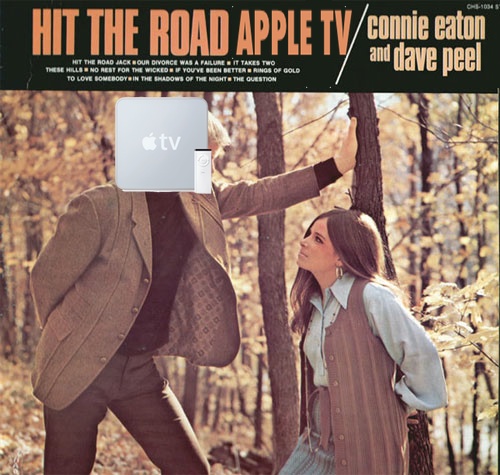 I’d been living under Apple TV hegemony for about two years I bought an early 40GB model, upgraded it to 80GB, and then hacked it. When hacked, the Apple TV is actually useful. Hacked it was, in short, one of the easiest ways to get video on my NAS or networked Macs to my TV. Unhacked it’s sort of like a really nice guy who works in insurance sales: you want to like him but he keeps trying to sell you stuff and he’s really boring.

Slowly but surely, however, the ATV hit its limit. I ran out of disk space and didn’t want to upgrade and XBMC was choking on larger files. The device itself was as hot as a griddle most of the time and I worried that at some point I’d have a bricked device on my hands. I went on a quest for a networked device to do two things: stream audio from multiple sources, including my library of MP3s, and to play video from a NAS drive over the network. If it could play Netflix that would be gravy. I put a number of devices to the test and have come up with a real winner.

I set out trying to replace a few basic functions on my Apple TV: audio streaming and movie watching off of network shares. I had already used a Roku Netflix box to view Netflix movies but was looking for something slightly more fully featured. A TiVo was out since I didn’t have cable and Neuros and Popcorn Hour were a bit of overkill for my purposes. 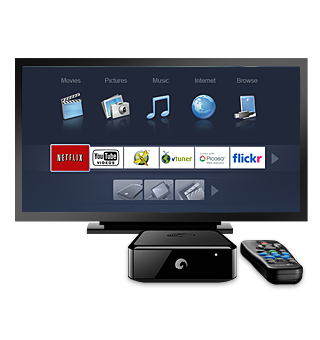 Seagate recently released their GoFlex TV, a media server that seemed to fulfill my needs. I could connect to SMB network shares (basically a large NAS up in my attic) and play Internet radio and music stored on my server. It also supported the GoFlex line of Seagate hard drives that I liked. It was sort of network device with lots of Sneaker Net features.

However, the UI was a little too wonky and the device was not able to share the storage attached to it, which meant I couldn’t drag files onto it. Instead, I could only stream files to it.

An Xbox 360 would work in this case – and for the most part it does – but I didn’t want my four-year-old son to see the Xbox 360 considering his current mania for the Wii. I’ll wait until he’s five to blow his mind with the 360. I also didn’t want to put a Mac Mini or a PC next to the TV for the same reason the Apple TV was failing. I was worried about heat and hardware management and whirring hard drives next to TVs aren’t a match made in heaven. 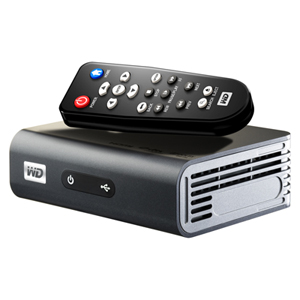 The next device I tried was the WD TV Live Plus from Western Digital. This is a box about the size of a Roku Netflix box but supports USB hard drives (it doesn’t have a dedicated slot for a hard drive so you can use any model) and allows your to mount NAS shares. It supports almost any codec and has a fairly mature and usable UI. It displays video at 1080p and can even traverse ISO files.

This tiny box does it all. It supports almost any codec, handles SMB and UPnP shares with aplomb, and supports Netflix as well as Internet streaming systems. In short, it does everything the hacked Apple TV does but without overheating. You can add on-board storage and devices connected to the WD TV Live Plus appear as network shares on your other computers. In short, for $149 you can’t go wrong.

There are lots of ways to skin a cat, obviously. The WD TV Live Plus seems to solve a number of problems with quite a bit of aplomb. As for the Apple TV, I may turn it into a dedicated SETI@Home system or just put it out to pasture where it can play with the old Compaq Digital Jukebox and the second gen TiVo in my basement.