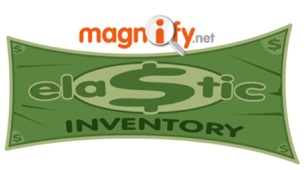 From an audience perspective, the ability to embed videos on other sites is what expands their viewership and makes them go viral. But from an advertising perspective, most of that video is the Web equivalent of dead air. “Nobody sells embedded video because nobody knows where it is going,” says Magnify.net CEO Steve Rosenbaum. He has a partial fix for that, a new video advertising product he calls Elastic Inventory (more on that below).

Magnify offers a video aggregation platform that powers the video sections of mid-sized Web publishers such as New York Magazine, Bicycling, and The Week. Magnify lets these publishers upload their own video and mix that with video from more than 20 video sites across the Web such as YouTube, Metacafe, and Dailymotion.

The problem is that those publishers can’t run any pre-roll ads against those “curated” videos. But Magnify is starting to broker deals with the large video-sharing sites, starting with Metacafe, to allow publishers who use Magnify to insert their own pre-roll ads in the embedded videos. Magnify negotiates for the ad inventory on a wholesale basis across its network, allowing a publisher to buy video ads at a $5 CPM, for instance, and sell it at the $15 or $20 CPMs their own video ad inventory goes for. They pocket the spread in between (Magnify does not take a cut, it charges for its white-label video platform instead). The product is called Elastic Inventory because publishers don’t have to commit to buying any of the video ad space until they’ve already sold it. If they don’t sell it, they can continue to run the videos without ads.

The thinking is that advertisers are willing to pay higher CPMs for safe video inventory on what they deem to be high-quality sites. They don’t care if it is user-generated video as long as they’ve been vetted, which is what the editors on these Magnify-powered sites do. They are buying the known audience which visits these publishers and the controlled context in which these videos are shown.

Rosenbaum wants to cut deals for Elastic Inventory across all the major video-sharing sites. Dailymotion is probably next, but I doubt YouTube would ever agree to an arrangement where they lose control of the market for their video ads. And YouTube represents the lion’s share of embedded videos across Magnify-powered sites and elsewhere. Now, Magnify publishers will have an economic incentive to choose videos from other video-sharing sites instead.