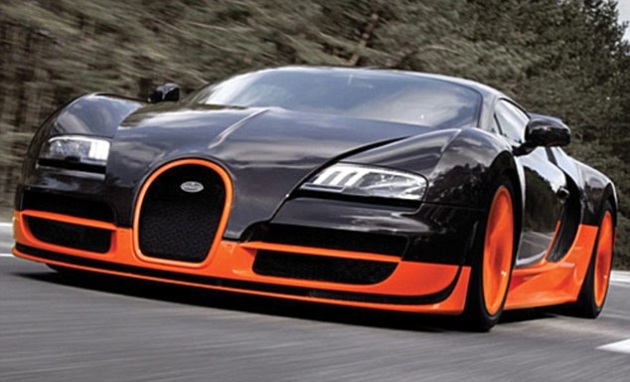 Congratulations to Bugatti! The German-owned supercar manufacturer has just set the land speed record for a production car. The Veyron 16.4 Super Sport has achieved a speed of 267.8 mph, besting the previous record, held by an SSC Ultimate Aero since 2007, by 11.7 mph! Even if you know nothing about cars, as I readily admit (although I still enjoy shows like Top Gear, and have been known to sink hours upon hours into the likes of Forza and Gran Turismo), you have to admit: that’s pretty damn impressive.

Bugatti’s engineers didn’t expect to go faster than 264 mph, but perfect weather and track conditions ensured otherwise. At its fastest, the Veyron was traveling with the wind at the track in Germany.

And yes, the people from the Guinness World Book of Records were there to certify everything.

I cannot verify whether or not the driver, Pierre-Henri Raphanel, was listening to Orbital’s “The Gun is Good” as he broke the record. But I’m going to assume he was, just for funsies.

In other “wow, awesome” stats, the car is able to generate a whopping 1,200-hp. It’s limited to 258mph for “normal” users. Presumably the only people who would be able to afford such a car are Russian oil magnates.

Dear Turn 10: I want to see this specific model, same paint job and everything, in the next Forza Motorsport 3 DLC pack. (There’s already a standard issue Veyron 16.4 in the game.) Make it happen.