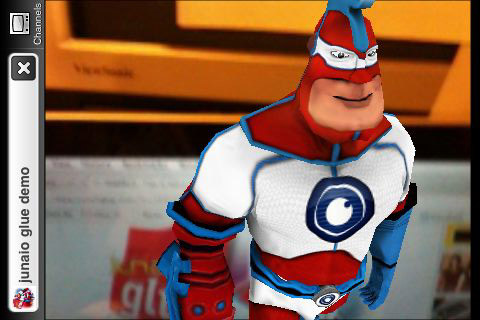 A while back, I posted a bit about a new augmented reality game called Zombie ShootAR. It is a shooter game where you kill zombies that appear only in the augmented reality of your mobile phone’s viewfinder. The game relied on some imaging technology that “watched” for horizon lines and therefore effectively planted the creeping zombies on the ground or in exact places (instead of having them float around in space if you moved your phone suddenly). It worked pretty well actually and I heard many responses about that game inquiring why it was only available for Symbian OS and not for iPhone. As it turns out there was a pretty good reason. Low level access to the iPhone’s camera data, which is necessary for that kind of imaging technology, had been suppressed by Apple…until now.

With the latest release of iOS 4, Apple is allowing much deeper access to the iPhone’s camera API and therefore many new augmented reality experiences, that were not possible before, are now ready to come to iPhone owners.

Metaio, the company that brought you Zombie ShootAR, is set to take advantage of this new capability with an update to their Unifeye Mobile SDK (version 2.1). This augmented reality SDK, as well as a new version of their free augmented reality browser called junaio, will be available today, July 6th. If you have junaio installed, you may have gotten the update for it already.

In an effort to show some of junaio’s new abilities, Metaio prepared this little AR demo in their press release. Anyone with junaio app and iOS 4 installed on their iPhone can try it out. You can talk about 3D AR features until you are blue in the face; seeing the features sums it up better, no doubt. It’s a clever idea. I tried it and it works, but keep in mind it is just a demo. They may be tweaking it here and there.

The press release came with this computer generated image of a superhero (a.k.a Metaio Man) that is used as your AR target. Basically, you look at the picture of Metaio Man with junaio, and you should see a 3D version of him superimposed over top. Just in case, here are some more detailed instructions:

1. Download free version of junaio for iPhone (should work for Android too if you want to get crazy and try it).

4. After opening the channel, just pass your iPhone viewfinder over the picture of the superhero below and you should see a 3D version of him on your iPhone’s screen. If you tap the screen, he does an action pose. 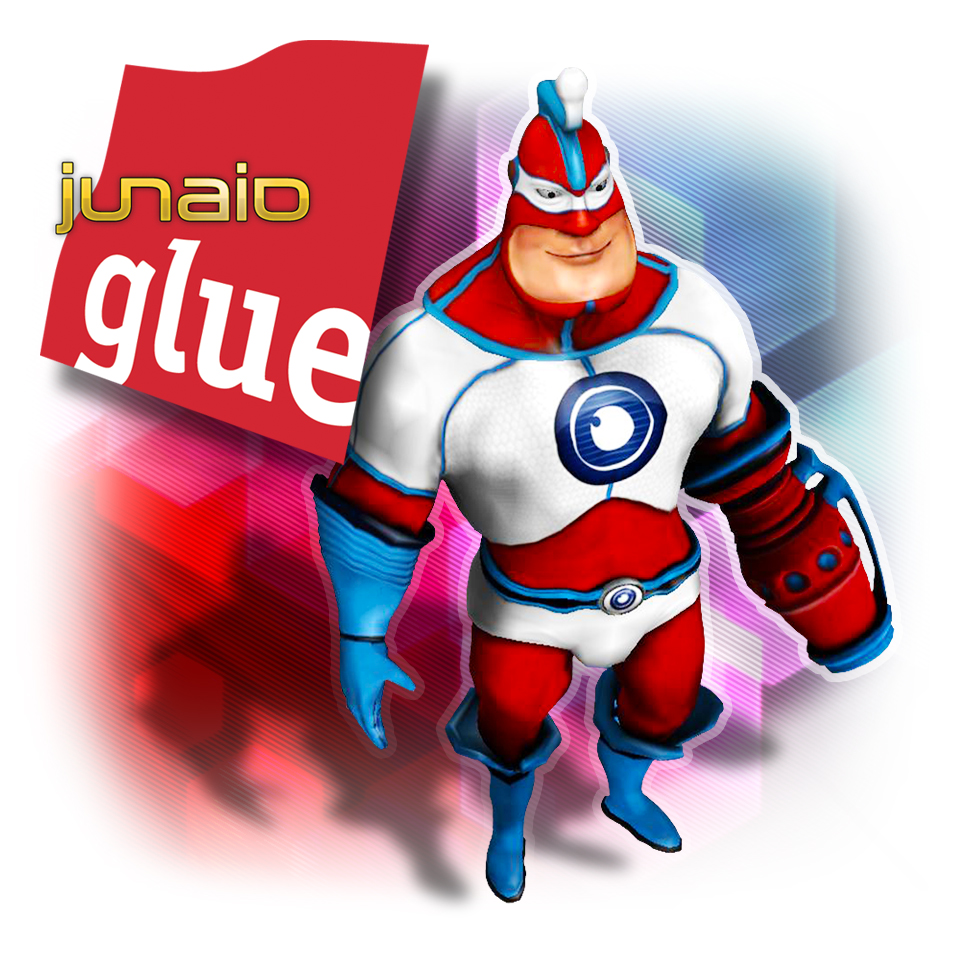 This is definitely an interesting way to advertise a new app for interacting with real-time environments. And while it is “neat”, believe me, I know this demo is fairly simplistic. Some of you may be thinking “Whoop-dee-doo, it’s a 3D guy and he’s not even in any real context.” This may be true, but from a market standpoint, I think it is more important to focus on the potential of this platform and the creative, useful toolset AR is destined to become. I’ve said it before and I’ll say it again that while this technology is in its infancy developers are doing something important by pushing these concepts forward. 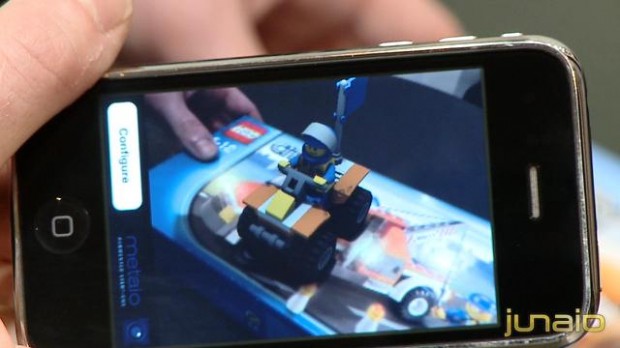 Besides, it’s bound to catch on anyway due to the avalanche of advertising opportunity it represents, for better or worse. But there are also many other capabilities that could or already have come out of this kind of technology: Pre-purchase product demonstrations, product X-Rays to see inside contents, integrated audio/video samples of music from physical CDs (what are those eh). These are just a few things that pop into my mind.

What are some of the possibilities you imagine? Where do you see this whole thing headed? Did this example work for you all? Let us know.