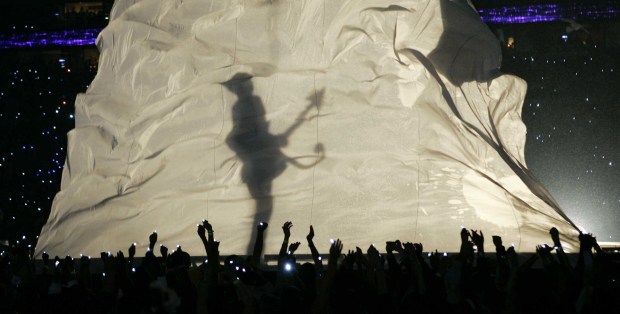 The internet’s completely over. I don’t see why I should give my new music to iTunes or anyone else. They won’t pay me an advance for it and then they get angry when they can’t get it. The internet’s like MTV. At one time MTV was hip and suddenly it became outdated. Anyway, all these computers and digital gadgets are no good. They just fill your head with numbers and that can’t be good for you.

I guess we can’t blame the man for this off-hand nullification of everything that is modern and good, and which in all likelihood have made his career longer and more lucrative. Like other divas led into the intellectual oubliette of narcissism, he has no concept of the world, because his world is himself.

As for his music, there is no doubt it is popular. His new album, 20TEN, is the occasion for the interview, and the occasion for the quote above was discussion of his releasing his music exclusively via the Mirror. His “ongoing battles against internet abuses,” as the interviewer politely puts it, take the usual form of having unofficial YouTube videos taken down and not distributing his music via digital means. Very effective, I’m sure.

I won’t comment further on this (admittedly talented) man’s mystifying backwardness. I’ll only say that deliberately alienating his existing fan base and preventing a new generation from accessing his music natively, as it were, are tactics certain to be detrimental to his legacy — if not his immediate record sales.