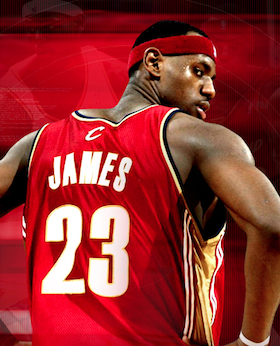 It’s already fairly impossible to escape hearing about basketball star LeBron James these days. It seems that no matter what TV channel you put on, what website you read, or what social media site you’re on, talk of him is rampant as the world awaits his decision on which team he’ll sign with. That’s why it’s a little odd that the NBA decided they needed to pay Twitter to promote James a bit more. Yes, he’s the latest Promoted Trending Topic on the service.

If you look at the right hand column on twitter.com, you’ll see LeBron James’ name at the bottom of the Trending Topics section highlighted by a big yellow “Promoted” icon. At first, I thought James himself may be paying for the promotion (which would be kind of funny in the ultimate vanity kind of way), or that perhaps his main sponsor Nike was doing it. But no, it’s actually the NBA itself which is paying Twitter to promote James’ name — as you can see when you hover over his name.

So why on Earth is the NBA paying to promote just one player? Well, if you click on the topic, you’ll see the tweet they’re also paying for along the top. “For all your LeBron James, Dwyane Wade, Chris Bosh and other NBA Free Agency updates check out Decision 2010 on NBA.com” which is then followed by a link to nba.com.

It’s actually a pretty savvy move by the NBA. Had they just promoted something like “NBA Free Agency,” I doubt as many people would click on the trending topic (and subsequent link). But LeBron James draws crowds both in real life and virtually. So the NBA is piggybacking off of the name of their biggest star. Smart.

Humorously, the NBA has also managed to get upstaged in the promoted tweet arena by popular Twitter user Conan O’Brien. He currently has a top tweet (meaning it has been retweeted a ton of times) under the “LeBron James” topic that reads, “I don’t care where LeBron James ends up… As long as it’s not at 11pm on TBS.” 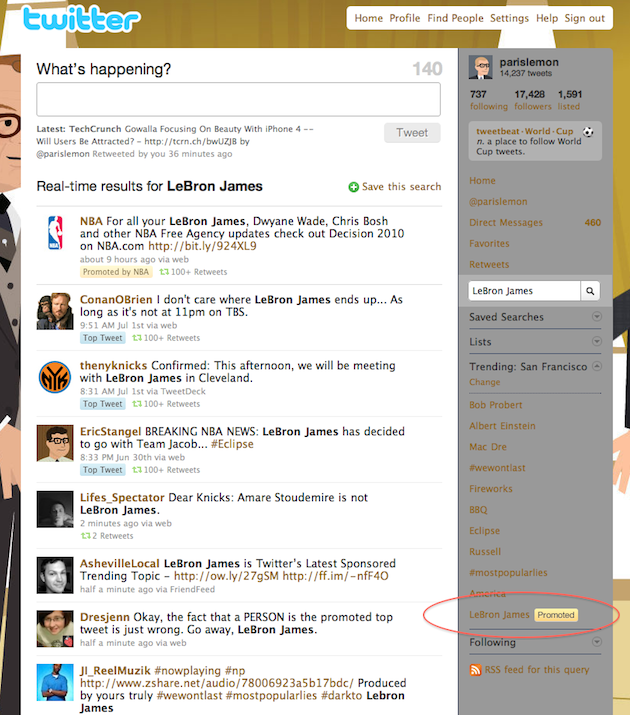