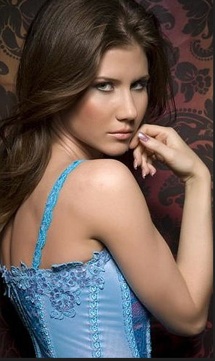 The bizarre case of Russian Spy ring arrested by the FBI earlier this week just keeps on getting stranger. In particular, one of the alleged spies, 28-year-old Anna Chapman, is getting a lot of attention because of her “vixen” looks and lingerie shots on Facebook. Now, her former husband in London says her father was a former KGB officer and that she left him to pursue her startup dreams in the United States.

Chapman networked her way into the New York City entrepreneurial scene. In fact, before New York Entrepreneur Week last April, she sat down for a video interview to talk about her apartment rental Website, NYCRentals.com. You can watch the video below, courtesy of And Now Media (it has appeared elsewhere on the Web). Chapman does not come across as a very sophisticated businesswoman, or spy for that matter. Initially, she comes across as something of a red-headed ditz flirting with the camera, or maybe she is just nervous, but as she begins to talk about her business she starts to sound a little more believable.

The Website is up and running, although it is barebones. And she was shopping around a business plan, really more of a two-page executive summary, which we have obtained exclusively (also embedded below). NYCRentals is an apartment search engine which brings together listings for a very limited number of apartments in some neighborhoods of New York City. The executive summary pitches it as a vertical search engine for apartment rentals which aggregates listings from different broker sites. It is not a particularly original idea.

The name of the company behind the site is PropertyFinder, which is described as an “affiliate of a holding company in Russia by Anna Chapman who holds the majority shares in that company as well.” It is obvious the document was written by someone without a full mastery of English. It lists “Graigslist” as a competitor and is filled with grammatical errors. One typical sentence reads:

By specializing on narrow region it will allow for a system to gather not only information about letting but also create rich with information database with buildings, city infrastructure, other useful and relevant for choosing real estate to live area specifics.

Maybe NYCRentals was just a front to give Chapman an excuse to meet high-profile targets. Or maybe she really thought she could crack the New York City rental market. Update: It appears that the domain NYCRentals.com was only recently purchased on June 22 for $25,350.

It is still not clear what Chapman’s role in the alleged spy ring was or why she sought publicity. One theory is that these so-called spies were really trying to infiltrate different parts of American society to network and perhaps find valuable contacts who could provide real intelligence to Russia. But all evidence so far is that these spies who could not shoot straight. One contact from New York Entrepreneur Week who met with Chapman on several occasions, Aron Shoenfeld (no relation to me), describes her as a “very aggressive networker.” But she seemed no more aggressive than any ambitious entrepreneur. Maybe entrepreneurs would make good spies.

Or maybe she just wasn’t a very good spy. 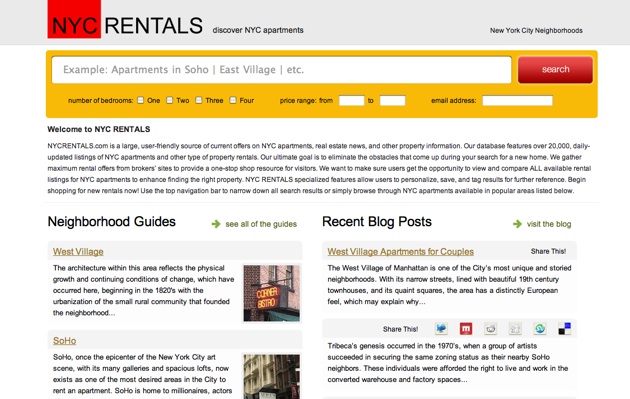