A patent application has been filed by Nintendo for a system of delivering and navigating Wii games via hard drive. It’s really simple, actually: the game disc is ripped to a DVD image, which image is given its own partition and loaded on demand. Essentially, they’re doing what pirates have been doing for the last decade or so. The question is whether this system is actually a consumer product or just a tool for them to use in-house or for display Wiis? 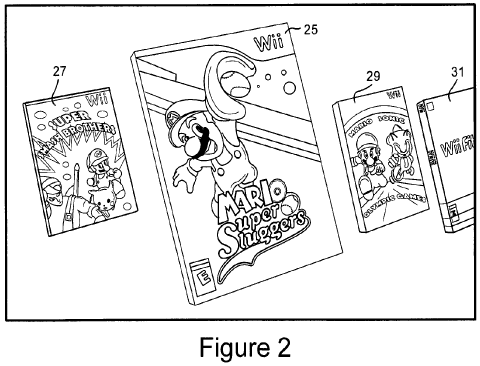 I’m leaning towards the latter. An online and instantly accessible marketplace is something Nintendo wants, but limiting it to VC and Wiiware games is smart. A minor hack to the Wii’s authentication code (say, via a secondary program easily downloadable or accessible online) would be all it would take to make a hard drive full of games into a natively-run pirate operation.

Also, since the patent is so simple and there is no mention of accessing user data or online friend lists or rankings, I’m guessing this is for a display thing. Remember that testing/display NES system that had like 50 separate cartridges it could switch between? I can’t find it right now but you know what I mean. This would be like that. Kind of.