http://c.brightcove.com/services/viewer/federated_f9/2227271001?isVid=1
We’ve seen water-based screens and tech before, and in fact the “illuminated drop” technique specifically has been used to good effect probably for years. Some researchers at Carnegie Mellon saw some potential there outside of parlor tricks, and have created a functional display that works by firing images on three separate sheets of drips, with precise timing to allow for synchronization between the “screens.” 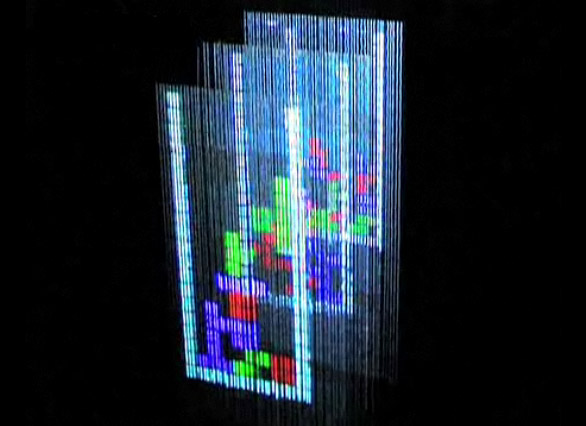 It has an effective resolution of 50 drops wide and 60 drops per second per nozzle, it’s not exactly HD, but it is pretty cool. The sound of dripping water might interfere with my concentration when I play Tetris, though.