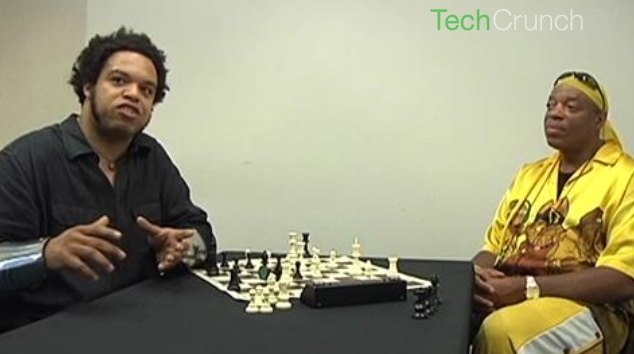 Cyan Banister is CEO of Zivity. The first episode of her new show, ‘Speaking of…’ has just aired on TechCrunch TV and is now available on demand. In this guest post, she previews the first episode, and explains the concept for the show…

I’m extremely excited to bring the TechCrunch community a new show that features the human side of business.  Speaking Of… explores the side of entrepreneurs you’ve never seen before. It’s an organic show that will grow from episode to episode and build on concepts throughout the year: one guest will inspire the invitation of another guest and theme, which will in turn inspire the next… and so on.

The first episode of Speaking Of… was shot at TechCrunch Disrupt in New York and features the disruptive jazz musician, Eric Lewis (aka ELEW). Eric’s an amazing musician: he’s played at TED, won the Thelonious Monk competition, toured with Wynton Marsalis and played at the Whitehouse for the First Lady and President Obama. He tells us the story behind how chess hustling helped him become a better business person in the music world.

In the spirit of building on each episode, ELEW has created the ongoing theme music for this show and you’ll see it in future episodes during the pre- and post- credits.

The first episode is embedded below, and future episodes will be posted every Thursday over at http://www.techcrunch.tv