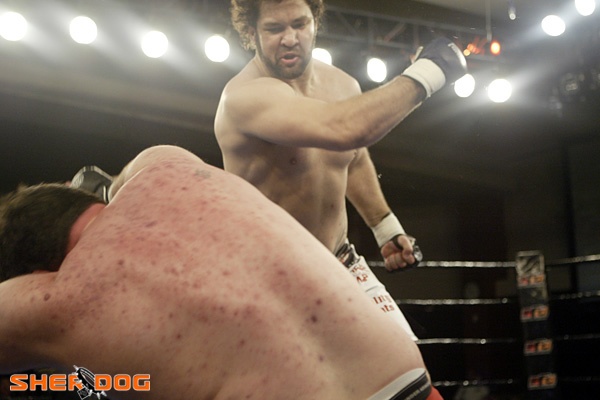 I’m not sure if this is an anti-PayPal story or an anti-bully story, but here we go. A guy on Reddit, cerebellum of the Internet, was contracted to build a Web site for an MMA fighter. Not like a big name UFC guy or anything, but a small-time guy, Steve Gavin, whose last fight was in February, 2009, according to Sherdog. So the Web developer builds the fighter a site, then the fighter pays via PayPal. So far, so good. But lo! Then the fighter cancels the payment (while keeping it) by claiming to PayPal that it was an unauthorized payment. Now the fighter has pocketed the Web developer’s money while keeping the site.

Needless to say, not cool.

The worst part of this is that the fighter and his lawyers have threatened the Web developer with LAWSUITS~! if he doesn’t stop asking for his money back.

Clearly the fighter is exploiting a flaw in the way PayPal handles his money, but it’s probably more than that: he’s simply being a jerk. (Now watch I get sued. Thankfully I have no money or assets to speak of.)

The Reddit gang has a nice discussion going as to what’s the best course of action. I’m just doing my part to spread the word, so to speak.

Hopefully the MMA fighter comes to his senses. He wouldn’t like it if a dodgy promoter promised him $2,000 for a win, but then said, “Yeah, not paying you. Tough luck.”