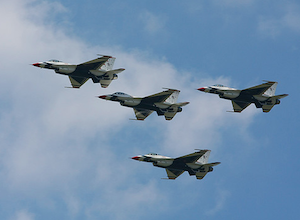 iTunes in the cloud. We all know it’s coming, it’s just a question of when, and with what capabilities? A story from Boy Genius Report today appears to answer at least one of those questions, and vaguely answers the other.

Currently, Google basically owns the cloud, at least with regard to consumer apps. But one of their major weak points there is entertainment content. They’re hoping to change that this Fall with the launch of Google Music (or whatever it will be called), which will take on iTunes directly.

The big selling point of Google’s planned offering (which they talked about at Google I/O this year in little detail) is cloud syncing with devices. In other words, exactly what Apple is planning to offer (again, if this BGR report is true). But Apple has a huge advantage: millions of pre-existing iTunes customers. iTunes customers that are unlikely to leave because so much of their content (the protected variety anyway) is tied to that ecosystem.

Of course, Google has a proven massive cloud infrastructure, while Apple only does in minor way with MobileMe. But all indications are that they’re working on bulking that up. There’s the massive data center they’re building, and, of course, the Lala acquisition.

And they need to. It’s inevitable that iTunes moves to the cloud. The amount of content and storage space needed is simply outpacing storage on devices. For example, if I download a full season of a television show in HD, it takes up dozens of gigabytes. A device like the iPhone only has he option of storing 32 GB currently.

Obviously, most people don’t keep all their content on these devices. But going forward, these devices (like the iPad) are more likely to be used as primary content viewers. The only way that’s really feasible is with a cloud streaming and/or syncing service.

And this is about more than just music, movies, TV shows, etc — it’s also about apps. From the looks of it, Google won’t be starting from complete scratch with the content offering because they’ll be building it on top of (or adjacent to) their Android Market ecosystem. This means that they’ll also have a potential base of millions of users thanks to those who use apps on Android. (Still, it’s nowhere near the numbers that use iTunes overall.)

For wireless syncing, we are told it will work pretty seamlessly. Any apps you buy for instance on your iPhone will immediately sync to your computer, changes to your calendar, or notes, or contacts will also automatically update on your computer as well.

The first part is exactly what Android is promising with their 2.2 release — so clearly Apple is going to answer that. The second part is a bit odd because that’s already exactly what MobileMe does. Might this new syncing service be built on top of MobileMe? If so, maybe Apple finally is preparing to make it a free service, as it’s unlikely a massive amount of people will pay for it if Google is offering the same things for free.

In terms of timing, all BGR will vaguely say is “soon.” At the end of the report, they hint that the new service might come alongside an event in the Fall (or before it). A report earlier this year indicated that iTunes.com (the obvious name for the web-based version of iTunes in the cloud) would launch this Summer. That report said June was a possibility — but obviously that’s already come and gone.