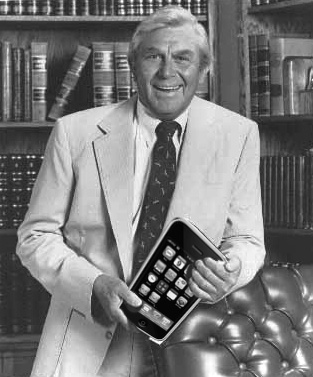 Prepare to cash a check for $2.49 in about four years! The law firm of Kershaw, Cutter & Ratinoff is hunting down folks who are pretty upset by this whole “pick up your iPhone, bars go away” problem and they intend to sue Apple into oblivion or, barring that, make a nice chunk of change in legal fees. You can drop these shysters a line at their website and moan uncontrollably over how surprised you were that the iPhone 4 had reception problems.

But wait! There’s more! Houston lawyer Danny Sheena is also after his cut with another class action suit based entirely on web research. Sheena notes:

“Rather than issuing a recall,” according to the lawsuit, Apple “has opted to blame consumers for holding the phone in a manner in which cell phones are normally held.”

Matlock, this one is.

How likely are you to get a few bucks out of this? Well, if previous class action lawsuits against Apple are any guide, they’re quite lucrative for the prosecuting attorney and Apple usually has to pay out a few bucks per device owner. Back in 2009, for example, some users got $25 because their Nano got scratched. Others got $15. Most got nothing.

Then, back in 2008 another class action fizzled out over 3G flakiness. This is, essentially, ambulance chasing disguised as striving for the common good. Clearly if you don’t get iPhone reception where you are, death grip or no, you probably have other options, including Android phones galore. Regardless, have fun storming the castle, KCR and Sheena!