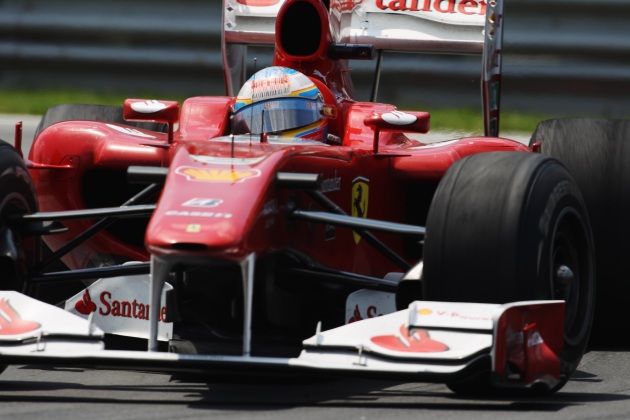 Some auto racing news for your Wednesday morning. Formula One, the fancy circuit that, like soccer, is popular everywhere but the U.S., plans to cut emissions by some 15 percent within three years. That’s a remarkable goal seeing as though Formula One cars (and all supercars, for that matter) are about as green as a smokestack from 1900.

While it’s good, I suppose, to see Formula One “go green,” let’s not pretend it’s doing so for altruistic reasons. No, it seems F1 has been feeling the pressure from many of its advertisers, advertisers who want to be associated with a “green” sport. Perhaps it makes sense: F1 is sort of an upper class sport (unlike, say, Nascar, which is a Southern Everyman sport), and these people would be most concerned about global warming and the like. Plus, they have money to spend, and you wouldn’t want to get on their bad side.

To its credit, though, Formula One would be the first sports organization to announce any sort of green initiative.

And while it would be a giant pain in the neck for manufacturers to conform to the new standards, the hope is that any sort of green or technological breakthrough here would transfer to the cars regular people drive.