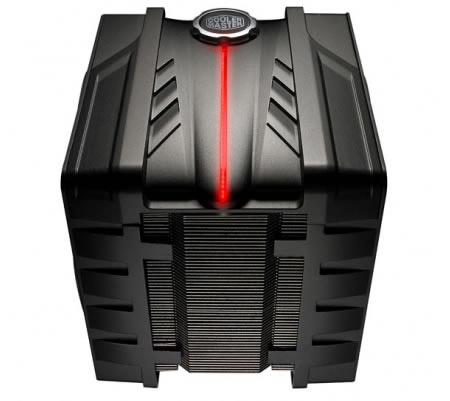 Now this is a CPU cooler! It’s the Cooler Master V6GT, and for whatever reason it has a LED stripe up top for… no reason? Whatever~!

It supports different CPU sockets, so maybe not exactly one size fits all, but close enough as far as CPUs go.

Overclockers Club did a full review, and found that it works really quite well, it’s just that $70 may be a bit much to ask for a CPU cooler. I don’t know, a top-notch CPU cooler for $70 seems fair.