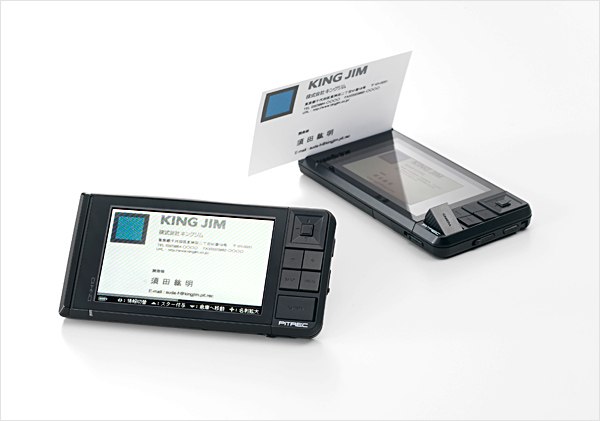 It’s 2010, and we’re still exchanging printed business cards. There are quite a few solutions to digitize the cards, but most existing scanners, for example, aren’t practical enough. This is where Pitrec [JP], a new handheld for digitizing business cards made by Japanese stationery maker King Jim, comes in.

Granted, the Pitrec isn’t cheap ($310 isn’t really a bargain for a single purpose device), but it looks quite useful. All that users need to do is to put the card into a slot that’s running along the side of the device and press the shutter button to take a quick snap. The data is then stored on microSD (16GB are enough for about 10,000 cards).

King Jim says OCR makes sure the Pitrec detects details such as name and title of the contact, company name, phone number etc. All contacts can be listed up in a specific order, starred, tagged, and viewed on the Pitrec’s 3.5-inch TFT screen (400×240 resolution).

The 185g Pitrec goes on sale in Japan on August 6 (no word from King Jim yet regarding an international release).