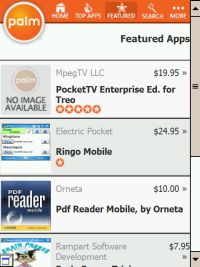 Palm certainly has been working on getting their app store populated. They kicked off a promotion back in February, which is ending soon, and has resulted in over 400 developers splitting up their share of a million dollars. Palm is also trying to increase interest in their applications by offering a 50% discount on the majority of their catalog, starting immediately. The good news for developers is that they will still be paid the full amount, despite the discount given to customers by Palm.

Palm is also starting a new contest this July, with another million dollars to be shared amongst developers, this time focusing on applications using C/C++ which was excluded from the last competition.