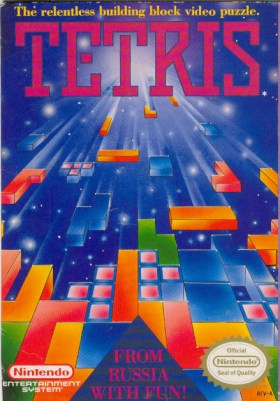 Tetris is among the most widely-played games in history. So why is it that relatively few (in my experience) have every truly played it with another person? Probably because the multiplayer Tetris variants have been — well, more hacks than anything else. Sure, linked Gameboy Tetris was awesome, and there are established multiplayer Tetris communities, but as far as the creator of the game is concerned, we’re “not quite there yet.”

This interview, conducted by Gamasutra at one of the many 25th anniversary Tetris events this year, reveals that Alexey Pajitnov has been wrestling with this concept for quite a while:

It was quite a problem with Tetris that… the game is very intense, you know? If you play on the high level — and that’s where you want to play usually. So, you play on the edge of your abilities, in terms of the speed and reaction, and everything. So, you kind of have no brain resources to observe what the other people are doing.

Yeah. That’s the kind of measured theoretical problem which we need to resolve with multiplayer Tetris. So, if we lower the intensity of personal game playing, we, a little bit, lower the excitement of the game. But if we keep it at the same level, the players don’t have resources to really do some kind of multiplayer actions, to observe, to analyze what’s going on in the big picture, and adjust their strategy.

Personally, I found Tengen’s cooperative Tetris the most enjoyable variant so far. I played it a lot with friends — I admit, at various states of intoxication — and made an interesting discovery: people have, or don’t have, Tetris compatibility. 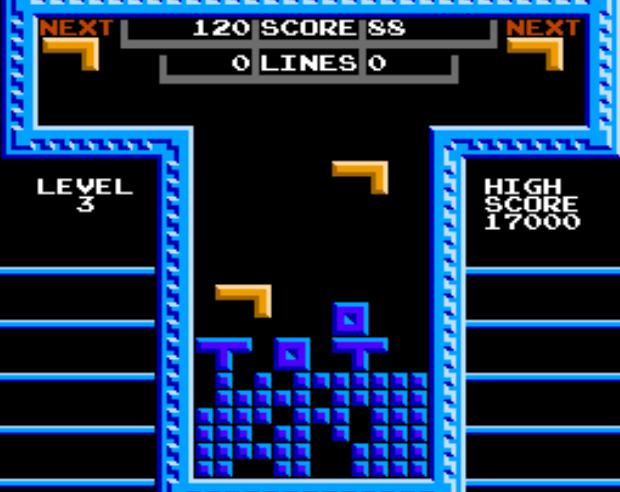 Playing with my friend Natalie, who is as good or better than I am (always level 9 with handicap on original NES Tetris), I found we were constantly in each other’s way. But playing with my friend Jeremy, who (sorry, Jeremy) was significantly less experienced than Natalie, our play styles just meshed. We racked up huge scores, completing each other’s actions, watching and preparing for the other guy’s piece, and son on.

Really an amazing experience, actually. You can get something like it on Wii with Tetris Party.

But Alexey says they have something coming. Something “really cool.” I trust the guy who came up with this thing to know what he’s about. Can’t wait to find out what it is!