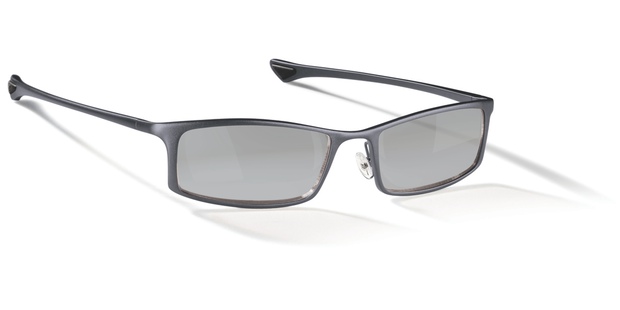 There’s no doubt about it: 3D is here to stay. Although it’s been almost two years since I gawked at 3D TVs at IFA 2008, there’s still little penetration in the consumer space. Hollywood is going gangbusters with the technology, though: 25 major films are slated to be released in 3D in 2011, and DreamWorks and Disney have promised that all of their animated films will be released in 3D. If you’re a movie buff and want to really enjoy 3D movies in the theater, you might consider the new line of Gunnar Optiks 3D glasses. Caveat: these are passive circular polarized lenses, which work with passive 3D displays. If you’re eyeing one of the new 3D TVs from Panasonic, Samsung, or Sony, you’ll need the active lenses from the TV manufacturer or some kind of universal glasses.

This was a tricky review for me. First, there’s the entirely subjective issue of whether you enjoy 3D movies. Second, there’s the question of whether or not to read the marketing material about these glasses ahead of time or to go in with no preconceived notions. Based on John’s review of Toy Story 3, and his comments that “the 3D was so unobtrusive as to be invisible”, I opted to see that film. I further chose not to color my opinion of the Gunnar Optiks lenses by not reading anything about how they work, or in what ways Gunnar thinks they’re superior to the disposable lenses that the theater provides. This was intended to be an honest comparison of the products based on their performance, and not on technical bullet points.

To compare and contrast the Gunnar lenses with the disposable lenses from the theater, I simply placed both on my head and swapped back and forth at different times during the film. At first, I found this to be a little jarring, and my eyes struggled with the transition. After about ten minutes of this, I simply stopped switching and enjoyed the film through the Gunnar lenses.

I wore my contact lenses for the film, but it’s worth pointing out that if you wear prescription glasses you will not be able to comfortably put the Gunnars over your normal frames. As bulky as the disposable frames were, they can be placed over prescription lenses.

The Gunnars are light and comfortable. The thin frame made them comfortable to wear throughout the film, and the smaller earpieces made them more comfortable than the disposable lenses. I had no trouble with viewing angles, and was able to enjoy the perception of three dimensions regardless of how I tilted my head. I didn’t experience any eye strain, and didn’t get a headache from the movie (something that has happened to me in other 3D films).

It didn’t take too long to realize that the image I saw while wearing the Gunnar lenses was brighter than that presented with the disposable lenses. It’s hard for me to quantify how much brighter, but suffice to say that the colors were noticeably richer. The difference isn’t night and day, but it’s enough to be noticed.

Finally, if it matters to you, the Gunnar lenses simply look better on your face: you don’t look like Drew Carey while wearing them. Of course, this isn’t really a big deal, since you’ll be sitting in a darkened room with no one looking at you anyway: you’re in the theater to watch a 3D movie, not participate in a fashion show.

When I got home from the movie, I read over the information that Gunnar had supplied with the glasses.

How are GUNNAR 3D glasses different from disposable 3D eyewear?
GUNNAR glasses are enabled with i-AMP3D optical quality lenses and technology to give you the best 3D experience. Alternately, single use eyewear is mass produced and manufactured with a stamped film that acts as a filter. GUNNAR lenses will provide 40 lines of resolution when measured on standard tests. That is the highest level of clarity available. In contrast, disposable eyewear will often fail to provide lines of resolution.

GUNNAR i-AMP3D lenses are optimized to provide the highest level of polarization efficiency and lowest level of “cross talk” between eyes. The images are well defined and eliminate ghosting. Disposable glasses often result in ghosting which can cause eye strain or nausea due to improper image cancellation.

GUNNAR glasses have a true medium density filter that treats all colors equally. Disposable glasses may have a slight greenish or bluish cast to them that can detract from the true color.

GUNNAR glasses have been optimized to provide the highest level of light transmission, allowing the image to appear brighter and more vibrant.

With a true, optical quality lens, GUNNAR Optiks are the same across the entire breadth of the viewing field. The peripheral effects are just as crisp and clear as the center of the field of view. With traditional, disposable eyewear, the 3D effects may appear muddied or blurred toward the edge of the lens.

Yes, that all makes sense. A lens you buy should certainly produce better results than the throw-away lenses the movie theater lets you use.

From the product page:

PHENOM is now available with the most advanced 3D lenses previously reserved for the highest level of movie making. True curvature lenses with distortion free polarization provide wide-field viewing to enhance 3D effects. Optical quality materials maintain the highest levels of detail, resolution, and clarity. The most efficient polarizing filters give the best light transmission and brightest viewing experience. Why all this effort in 3D lens technology…because a $300 million movie shouldn’t be experienced with eyewear that costs less than a gumball

The two models of Gunnar 3D lenses currently available are $99 USD, and future models are expected to come out soon for $199. That’s a lot of money for special-purposes eyewear. If you watch a lot of movies in the theater, or if you have a 3D home theater system that uses circular polarization, the Gunnars are a great choice for early adopters. But keep in mind that these are passive circular polarized lenses: they work great with non-IMAX 3D movies in theaters, but they’ll be incompatible with next-generation active displays like the 3D TVs just now hitting the market from Sony, Panasonic, and Samsung.