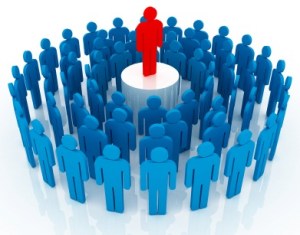 This is a guest post by Gang Lu, a Shanghai-based blogger and consultant. His blog mobinode.com covers the Chinese and Asian Web industry, and he also co-founded OpenWeb.Asia workgroup and KUUKIE.com.

Twitter hit $1 billion valuation within 3 years. Facebook reached equal valuation with 2 years. It only took Groupon a year and a half. In April, a consortium led by Russian investment company DST  invested $135 million on Groupon, making the valuation of Groupon shoot up to $1.35 billion.

The excitement has lead to many Groupon-clones in China. This market is already overheated and much crazier than people expected. Reports say there are between 100 and 200 Groupon-clones in the market already. Some of them already raised a large bucket of money, and several deals are around $5 million. RenRen, the leading Chinese social network, launched its own group purchase site called Nuomi, and it only took hours for 152,095 users to buy an offer for 2 movie tickets, 2 cokes, 1 box of popcorn and 1 Häagen-Dazs ice cream.

But what are the odds of survival for the Chinese clones?

1.  Group Purchase, New and Old business model. If you think sites like Tudou, Youku are copycats of YouTube and Renren, Kaixin001 are copycats of Facebook, I can understand that because there were no video-sharing sites, social networks sites similar to those western services in China. But the Groupon model isn’t 100% new for China. Group Purchase (in Chinese it’s called Tuan Gou) is hugely popular in China especially in home improvement/home decoration market where thousands of people got connected online and buy the same products together in street shops in order to get a good bulk-discount.

I met the co-founder of the leading group buy service site TG.com.cn weeks ago. He said his company is expecting rmb 50 million after-tax income and getting ready for an IPO. So the consumer education cost for Groupon model is nearly zero. It is an ‘old’ model, but one that has ‘new’ features to Chinese consumers since the purchases are online and there’s the ‘deal of the day’ strategy. No one ever made the online group purchase experience so easy in China.

2. An easier model to survive? Unlike video-sharing, social networks, Twitter models which are all about burning money to build its user-base at the beginning, Groupon clones are making cash-flow since the first day. And the Groupon model focuses on one deal in one city. In China, it’s not difficult to find a deal and the Internet in China is very geographically-based. It should be relatively easier for those startups to survive.

However, if you have many targeting the same market, then it’s all about how to do the marketing in the end. Can you offer better share with those merchants? Do you have enough money to reach more industry sectors and grow faster? Surviving is one thing, at some point, you may also need huge money to burn. (Why did Groupon raise such amount of $$$ even when it’s already hot!!)

3.  Better Service or Better Price? I’ve read some feedback from some Chinese Groupon users complaining about the service. ‘Cheap price does not mean we also accept cheap service’, they said. Groupon can offer you good price, but they can not guarantee whether or not the merchants are able to offer mass customers the service with the good quality. When your users come to you only for cheaper price, be careful, because that might also imply the customer loyalty is low. Especially in China, your customer can quickly move to another one with cheaper price or a big one with better service guaranteed.

4. Happy or Sad story in the end? Startups vs. Big guys. This is typically a sad story in China. When Web giants see interesting new business models, instead of partnering with you or acquiring yours, they launch something on their own. Renren’s Nuomi has shown its super power with huge user base. Taobao, has launched its Groupon service on ju.taobao.com, and Dianpin (the leading Yelp-like service) has also launched its t.dianping.com.

They have not started heavy promotion yet, but they are watching the market until they are fully ready and the market is more mature. So why are Chinese VCs still rushing for those startups? How do they expect these sites to exit one day? A few very lucky ones could take the lead in the end with enough money to burn, or one of them could be acquired by Groupon if it comes to China one day? I’m not so sure.

5. Innovation or just Interesting? The Groupons’ Aggregator There are so many Groupon services in China, and I am assuming there are more to come. So the question becomes, where to efficiently find the best deals on each service. The answer is obvious; we need a search engine. Now we see the sites such as tg123.com, niutuan.com, 122.net to aggregate and navigate Groupon services. I don’t know what kind of partnerships are  involved, but it’s smart, isn’t it? At least, it perfectly fits for overcrowded Chinese market.

Before you finish the reading, the following is a list of our favorite Groupon-clones (via web20share.com).