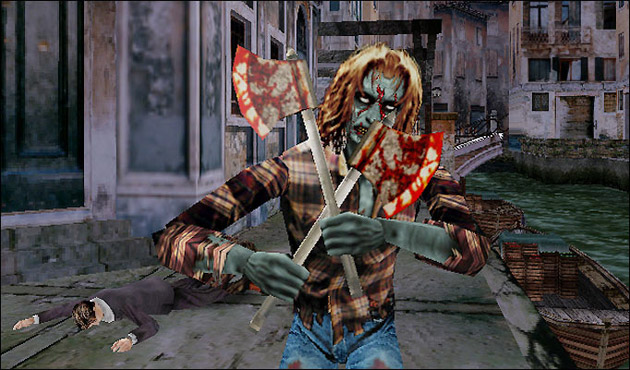 Sega believes the Nintendo 3DS could be just the thing to win back the hearts and minds of older, more mature gamers, the implication being that your average 20-something doesn’t want to play Mario Does His Taxes 8. Games like House of the Dead and Saint’s Row were two of the game that Sega referred to in a recent interview.

On the surface, yeah, sure. The Nintendo 3DS, I think, is going to be a pretty big hit. I’m very much considering one even if I rarely play my DS Lite. (In fact, I think my DS Lite broke like a year ago.) I don’t even care about the 3D-ness, I just think it’s a neat piece of kit.

But “mature” games… I agree and disagree. I’m 24, but I’m completely done with the parade of Call of Duty clones. I will not be buying Black Ops nor Medal of Honor nor the new Gears of War. I simply have no more time for these types of games.

But “mature,” maybe something like Civilization or the Total War series, or maybe even Dragon Age? These games aren’t bloody violent, but you can’t expect an 8-year-old to have as much fun with them as with Mario Party 76.