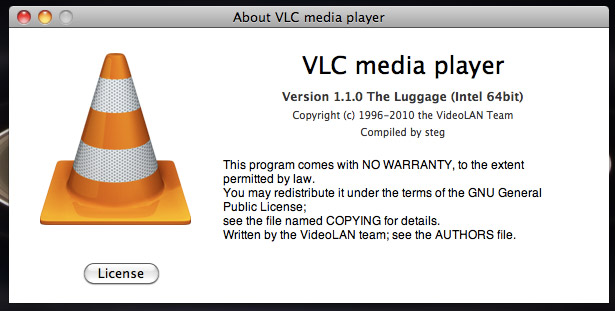 Have you launched VLC today? If so then you’ll already know that it has been updated to version 1.1.0. The biggest feature in this version is the addition of GPU decoding for Windows (Vista and 7 only) and Linux users. That is, you can use that fancy GPU of yours to help decode that 1080p MKV you’ve got there, leaving your CPU with enough room to breathe, or whatever. Fair warning: if you’re on Windows, hope you’ve got an nVidia GPU…

NB: so far, on Windows, VideoLAN is quite sad to be forced to recommend nVidia GPU, until ATI fixes their drivers on Windows, and until VLC developer get access to some Intel hardware supporting GPU decoding.

You’ll also notice that clever little dig at Intel. How you can expect some rubbish Intel GPU to decode video, I don’t know, but there you go.

Mac users, of course, are totally left out in the cold vis-à-vis GPU-assisted decoding.